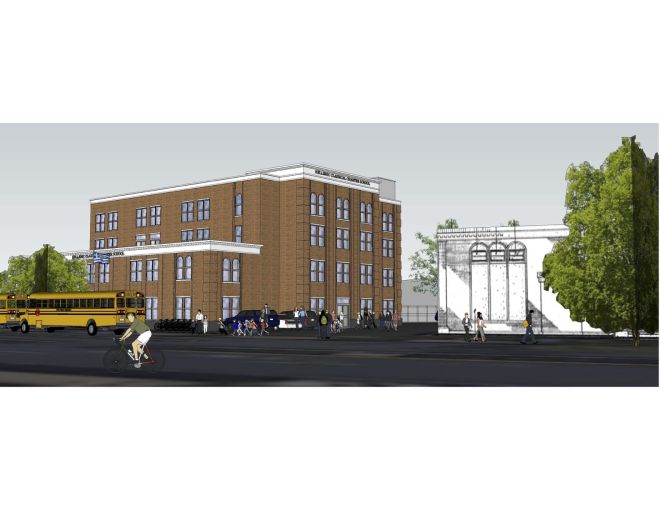 A charter school inked a ground lease for an empty parking lot on Staten Island to build a new expansion to its campus, Commercial Observer has learned.

The Hellenic Classical Charter School (HCCS) signed a 45-year ground lease with the Holy Trinity Greek Orthodox Church for the site at 1641 Richmond Avenue in Bulls Head, according to tenant brokers Avison Young.

HCCS plans to build a new 36,000-square-foot building on the site that will host classrooms, a gym, a library, and an auditorium for third to eighth-grade students.

As part of the deal, HCCS also signed a 45-year renewal with the church for the neighboring 23,000-square-foot property that currently hosts pre-kindergarten to second-grade classes, according to Avison Young.

A spokesperson for Avison Young declined to provide the asking rent.

HCCS started with a location in Park Slope, Brooklyn, 16 years ago and first took the Richmond Avenue space in 2019. It received $44 million in bond financing from Build NYC for the construction of its new building, which it plans to start work on at the end of the month, according to Avison Young.

“Our existing relationship with HCCS, in addition to our experience and proven track record with other charter school leases, served us well in this transaction,” Cottingham said in a statement. “From early on, we determined what was best for our client — signing a long-term-ground lease at 1641 Richmond Avenue allowed the school, as a nonprofit organization with tax-exempt status, to receive significant savings over the cost of the term.”