LA County Crowned Investment Capital of the US 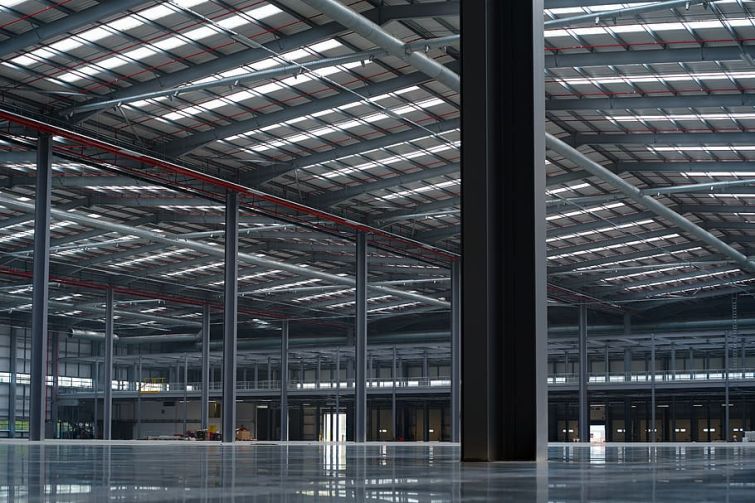 Industrial made up 26.2 percent of the total investment sales in Los Angeles County in 2019. photo: pixabay

All bets are on.

Los Angeles County has become the most attractive and active place in the country for commercial investors after posting the highest sales volume of any market in 2019, surpassing Manhattan.

The region saw more than $28 billion pour in for the fourth year in a row, according to CBRE. Manhattan and Seattle came in second and third with $25.9 billion and $25 billion, respectively, according to data from Real Capital Analytics.

Eric Willett, a research director for CBRE’s Pacific Southwest region, said L.A.’s strong figures are a vote of confidence for the market, and they highlight how attractive the region has been with its proximity to the popular ports, unique geography and population size.

“L.A. County has had remarkable sales volume hovering around $30 billion since 2015,” he told Commercial Observer.

The report showed investors flocking to the region’s institutional assets and stable pricing. For a decade, L.A. has seen growth from multifamily and industrial, and in 2019, those sectors saw all-time highs with $9.5 billion and $7.7 billion in deals, respectively. Willett pointed out that the surge put the two standout classes at nearly 60 percent of all investment in the region — the highest it has ever been for the combined share.

“The county has benefitted from gains in those sectors for the past ten years, but they saw incredible tailwinds in 2019,” Willett said.

CBRE’s report detailed how investors are responding to changing demographics and the notorious rise of e-commerce. It has been a catalyst to both multifamily and industrial, “cementing their presence as preferred asset classes.” Demand for last-mile delivery facilities throughout Southern California continues to heat up as landlords and tenants battle for space near dense city centers.

“The landmark deal of the year was Blackstone’s $19 billion industrial portfolio acquisition from Singapore-based GLP,” Willett said, referring to the firm’s 179-million-square-foot procurement that was announced in June 2019. “Many Los Angeles industrial assets were part of the portfolio, including over $100 million in South Bay warehouse and distribution facilities.”

Blackstone also added 1.7 million square feet of industrial space in to its L.A. footprint as part of its deal to acquire Colony Industrial for $5.7 billion. Other large L.A. County deals came from Goodman Group, which put down $360 million on two deals for industrial properties during the summer.

Two apartment developments in Downtown L.A. also traded for more than $400 million when Holland Partner Group sold The Griffin and The Grace on Spring Street. And another blockbuster hit in Hollywood, but it wasn’t for a film studio. The Hollywood & Highland retail complex sold to DJM and Gaw Capital for about $320 million.

A separate study released Thursday by JLL compared L.A.’s industrial market from 2010 to 2019 as it became the most sought-after region in the United States. It showed sales price per square foot has jumped 203 percent to $183 per square foot in that time.

A Shifting Buyer Base

CBRE’s report showed that institutional funds, not including foreign investors, acquired more properties than they sold, reversing a six-year trend of being a net seller. The domestic investors posted $1.9 billion in net acquisitions in L.A. County. For comparison, in 2016, such U.S. institutional investors sold more than $6 billion in assets.

Willett said it’s more difficult to immediately define what drives interstate ebbs and flows, but part of 2019’s gains were driven by the long expansion period.

“A lot of firms were sitting on the sidelines with a lot of dry powder,” he said. “But now there’s more activity, and as this period of optimism continues, they’re coming off the sidelines.”

Conversely, investors from outside the U.S. were net sellers in L.A. County for the first time in eight years, according to CBRE’s report. Together, foreign investors unloaded more than $368 million in net assets. In 2016, they were buyers of nearly $5 billion, for comparison.

Willett said there was reduced volume from several sources, like GLP’s deal with Blackstone, but the withdrawal by Chinese investors was the driver. Trade tensions with the country and political pressures on their investors to recapture U.S. capital caused a 96-percent drop in three years. Once at $1.5 billion in 2016, Chinese activity dropped to $64 million in 2019.

“The shift in Chinese investment is the clearest story,” Willett said. “Four years ago, that was the largest cohort in terms of investment volume. Since then, it’s dwindled to practically nothing.”

Cap rates for stabilized assets have also been consistent across product types the past four years in L.A. County. Cap rates in the region are hovering around 4 percent for stabilized Class A assets, at or near all-time lows.