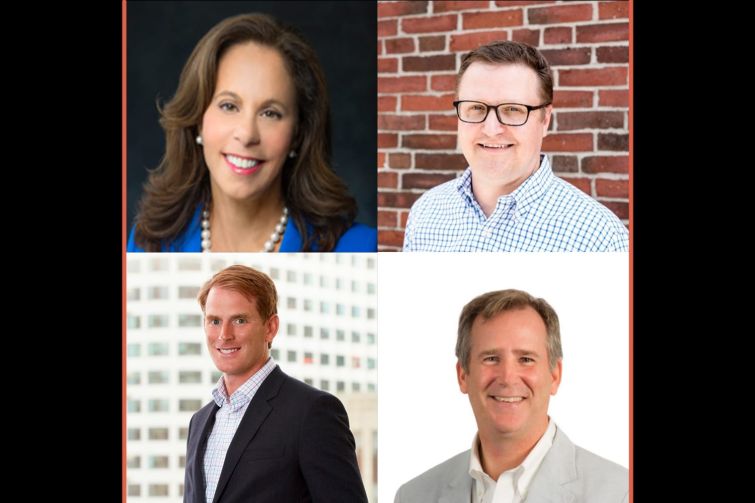 Investors looking for a stable place to put their money during the pandemic should be looking at industrial and life sciences properties, developers and financiers said during a Feb. 11 Commercial Observer forum on safe haven investing.

Life sciences, in particular, has boomed over the past year, as biotech companies and pharmaceutical startups have seen renewed interest from venture capitalists and investment firms amid a race for COVID therapeutics and vaccines.

“It’s a lot of work when you’re doing the electric, the venting,” said Leslie Himmel, managing partner of her eponymous real estate firm, Himmel + Meringoff Properties. “It’s not for the weak of heart.” She noted that building out life sciences space at her 525 West 57th Street property costs $400 a square foot, versus $100 a square foot for a typical office tenant. “We are building because we think there’s pent-up demand, but it’s expensive.”

“We can repair almost any building to make it work, but the cost doesn’t always make sense,” Slocum said. “You’re looking to have air changes six to eight times an hour for a lab. The fume hoods have to be above the building, and it has be shot into the air so that the particulate can break up to the point where it doesn’t affect other residents.”

He added that “you’re dealing with floor area, and how much floor area can you take away to allow that exhaust to go up through the building. If you can get taller and you have enough floor plate, that exhaust shaft doesn’t count toward your FAR. If you’re maxing out on FAR you’ll be okay.”

Basically, a building has to have floor plates of at least 15,000 to 20,000 square feet for a lab conversion to make sense. And, in New York City, lab properties need to be located in industrial zones.

Boston, which has a larger and more competitive life sciences market, is “near zero” in terms of vacancy for research facilities, Greg Karczewski, president of Union Square Station Associates, said. “It used to be about attracting and keeping talent, being on top of Kendall Square,” he explained, referencing the Cambridge neighborhood around the Massachusetts Institute of Technology. “Now, it seems like speed to market has become a primary motivator.” He said that his firm had recently closed on 200,000 square feet of life sciences right by Kendall Square, on top of a Massachusetts Bay Transportation Authority (MBTA) subway station.

Vetting life sciences tenants is important, because they are often trying to bring unproven concepts to market and can succeed or fail well before their lease is up, Himmel explained.

Peschel put it even more concretely. “The cost of a mistake on underwriting tenant credit is significant if you only have five tenants. Most of these tenants have a cash runway of 12 to 36 months and they’re looking to sign a five- to seven-year lease.”

During the second panel of the day, investors discussed the hottest real estate sector of the pandemic: industrial properties. E-commerce has driven intense demand for industrial properties near major cities, in order for big-box retailers to ship items out as quickly as possible. Last-mile industrial, as it’s known, is valuable in markets like New York City.

Richard Wagman, a managing partner at Madison Capital, said that his firm was focused on last-mile industrial in the five boroughs. It recently took over the management of Liberty View Plaza in Sunset Park, a 1.1 million-square-foot industrial property that includes an indoor mall with major retailers like Bed Bath & Beyond and World Market.

“We have one of the largest e-commerce companies in the world as our tenant and they do two-hour deliveries from there,” Wagman said, referencing Amazon. “We’ve owned national, large-box industrial in the past, but this nuanced industrial to us is the most interesting. Where you’re adapting the existing building and really spending the capital in order to make it best in class — so you have the electricity, the drive-in docks.”

And it doesn’t seem like demand for e-commerce will disappear any time soon.

“Nothing can grow to the sky, but I don’t think anything will change appreciably once we get past the pandemic,” said Dale Todd, a senior director at Stream Realty Partners.

Tray Anderson, an industrial and logistics leader at Cushman & Wakefield, noted that last-mile industrial space is about more than just warehouses and loading docks. Over the last few years, big e-retailers like Amazon have started using robots in their fulfillment centers, along with human workers.

“You have to be really thinking about cost per [delivery],” he said. “Automation is very helpful in terms of obtaining those metrics. I think you’re going to see a trend toward automation, but it’s still going to be a blend of automation and labor.”

Aviva Fink of Reonomy also spoke on the industrial panel, including about where to look for data and how to analyze it when investing in the sector. That panel was followed by a discussion of multifamily properties and lending.

“The more affordability you have, the better the pricing [for financing],” said Pamela van Os of Greystone, who was joined by fellow lender Brad Ferguson of HALL Structured Finance. “It’s driven by the [federal housing finance] agencies and where they’re going.”

Jeffrey Simpson, a managing partner at developer Arch Companies, noted that there are a number of incentives to build income-restricted housing in many markets.

“A lot of the markets we’re investing in, there isn’t much difference between market rents and 60 percent area median income,” he said. “I think the future of multifamily is having a subset of affordability.”