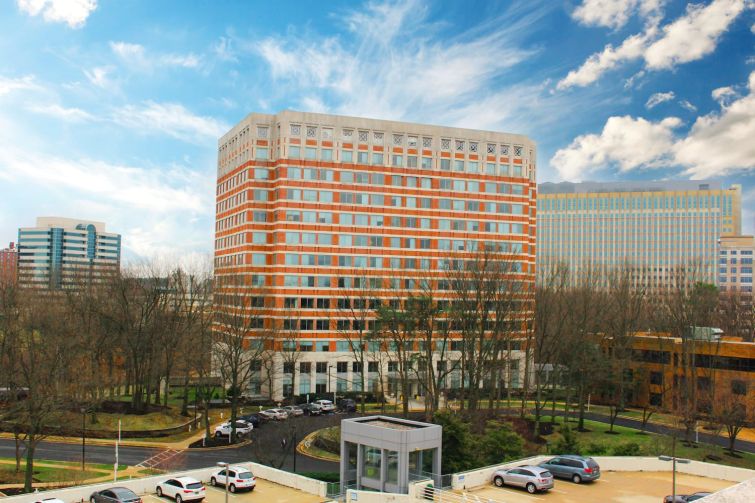 Newmark represented the seller, which had owned the 12-story building since September 2019. The buyer was not disclosed.

“The property’s appeal was that it provided nearly eight years of stable cash flow from a high-quality tenant using the building for its headquarters location, while also allowing the investor to participate in the upside from the future growth along the 395 Corridor, due to the ripple effect created by Amazon’s HQ2 and the new Virginia Tech Innovation Campus to the north,” James Cassidy, an executive managing director with Newmark, told CO.

The building is fully leased to defense contractor Systems Planning and Analysis Inc. (SPA), which has occupied the space since 2004, growing from its initial footprint of 40 percent to the entire asset.

“Investors are attracted to Northern Virginia real estate due to the underlying strength of the market, as the vaccine begins to roll out and a reoccupation is on the horizon,” Cassidy said. “Investor appetite for mid- to long-term leased assets has remained strong throughout the pandemic. With a single tenant and nearly eight years of remaining term on the full building, 2001 North Beauregard attracted significant attention.”

Originally built in 1990, the building will soon add a new tenant amenity center that will feature an upgraded lobby, conference facilities, a fitness center and in-house dining.

“They executed their business plan by expanding and extending SPA into the entire building, thereby maximizing value,” Cassidy said.

2001 North Beauregard is located off I-395 with access to the Pentagon, Reagan National Airport and Downtown D.C.

Recent Newmark research shows the Northern Virginia office market has been bolstered by its strength in technology and its government contractors being well-positioned to capture COVID-19-related federal spending.

Joining Cassidy on the deal was another Newmark executive managing director, Jud Ryan.