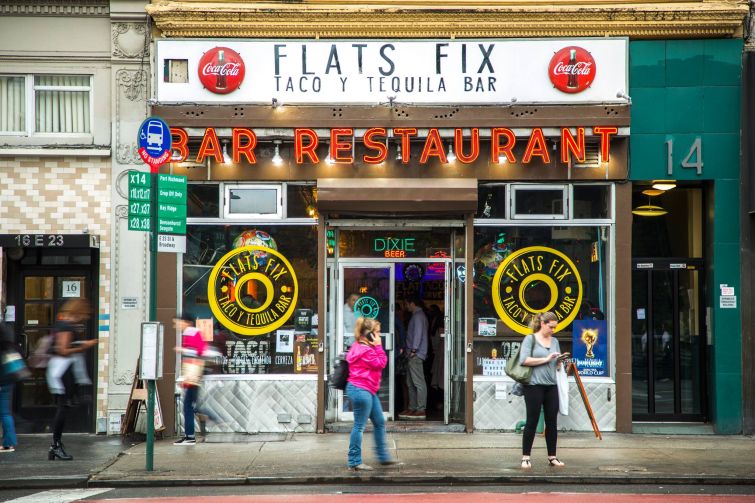 Although many retailers are struggling in the midst of the pandemic, national fast-food chains are taking advantage of declining retail rents to expand throughout New York City. Popeyes recently inked a 5,000-square-foot lease at 14 East 23rd Street, across from Madison Square Park in the Flatiron District, according to brokers at Isa Realty Group.

The Miami-based fried chicken chain signed a 20-year lease for 2,500 square feet on the ground floor and 2,500 square feet in the basement of the five-story building between Broadway and Park Avenue South. Asking rent was $500,000 a year, or $200 a square foot.

While the brokers wouldn’t comment on whether the tenant received free rent, tenant broker Louis Franco of Isa Realty said: “The lease had some rent incentives, but more importantly, it had pandemic protection language for the tenant, which I think is the most important incentive right now.”

Until September, the storefront was home to Flats Fix, a taqueria that also has a location off Union Square West. Before Flats Fix, the same owners operated a Southern restaurant called Live Bait in the East 23rd Street space.

Joseph Isa joined Franco in representing Popeyes, while Meridian Retail Leasing broker James Famularo represented the landlord, Nian Chen. The storefront has been on the market since March.

“Although there are a number of retail vacancies throughout the city, Popeyes believes in NYC and is signing leases throughout the city as they are confident in the future of New York,” Franco said in a statement. “For this year, we are looking to open another 10-12 stores in Manhattan and the boroughs, as well as Long Island.”
14 East 23rd Street, Carolyn Benitez, Charles Milite, Isa Realty Group, James Famularo, joseph isa, Louis Franco, Madison Square Park, Meridian Retail Leasing, Popeyes
Legal
New York City