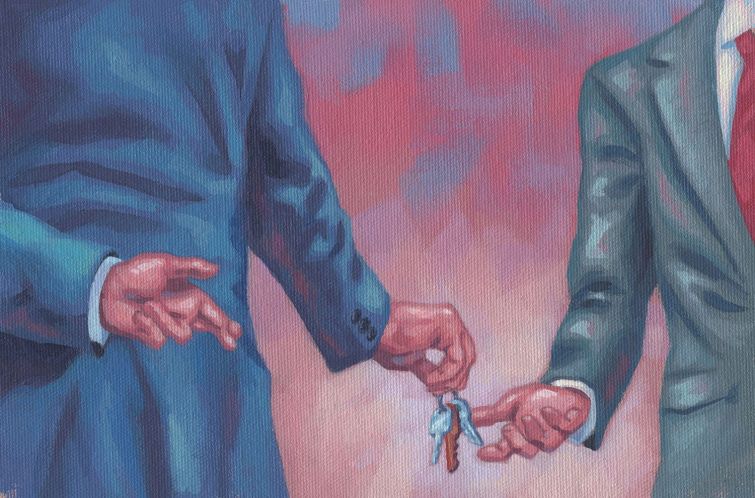 Midtown is facing what analysts are describing as a glut of sublease space as the pandemic continues to gnaw at market fundamentals and turn the country’s premier commercial real estate district into a tenant’s market.

The rise in the amount of space available for sublease also reflects other trends that predate COVID-19.

The stats are grim from a landlord perspective, and are quickly starting to echo the bad news that owners digested during the financial crisis of 2008 and 2009, and even the dot-com bust of two decades ago.

There was an estimated nine million square feet of office space available for sublease in Midtown as of the end of the third quarter of 2020, according to brokerage Savills. Its report echoed other firms’ assessments, which showed sharp rises in sublease space amid the pandemic — and even before. Savills, in fact, recorded a 3.3 million-square-foot increase in sublease space from the fourth quarter of 2018 through the end of the third quarter this year.

The rise in sublease space might present opportunities, however, to tenants once priced out of what’s quarter after quarter the nation’s most expensive office district. That’s the bright side, analysts say.

“Any change is a positive for one group and potentially more challenging for another,” Franklin Wallach, senior managing director of research for Colliers International, said. “Value-seeking tenants squeezed out of certain neighborhoods might take advantage of the asking rents we are seeing. An increase in supply — sublet and direct space returning, asking rent decreasing — creates that opportunity.”

Indeed, tenants might be circling already as the year closes and more companies opt to have their employees work remotely heading well into 2021. Recent estimates of office occupancy in Manhattan in general have pegged regular use of the entire market’s space somewhere between 12 and 15 percent.

That leaves a lot of nervous landlords, who have to fret downward pressure on asking rents due to so much more available space, and a lot of nervous tenants doing the subletting because they’re often on the hook for said rent unless they land a subtenant.

A lot of tenants, though, might be feeling opportunistic. These are the ones not doing the subletting and instead are in the hunt for Midtown office space.

“Since Cresa represents tenants, we definitely see opportunity for our clients,” said Peter E. Sabesan, a principal at that brokerage. “If you have a lease up for renewal, some deals will let you take advantage of someone’s pain, if you will.”

Still, Sabesan and others say that does not mean that Midtown asking rents will simply drift into freefall the longer the pandemic drags on and the more sublease space spills onto the market. Midtown’s average office asking rent dropped $2.56 per square foot, to $83.20 a square foot, in the third quarter compared with the quarter before, according to Newmark Knight Frank. The brokerage cited the pandemic-related splash of “low-priced sublease space” as a primary driver of the decline.

But that total decline came from a relative handful of buildings: 87 out of 720 properties that Newmark Knight Frank analyzed. Not exactly a bloodbath for landlords yet, but enough for Midtown market watchers to notice and to pencil things out. The same Newmark report, not surprisingly, found a Midtown with an availability rate of 14.6 percent in the third quarter, the highest the brokerage has ever recorded, and a negative net absorption of 6,922,194 square feet.

Industries, such as law, insurance and banking, that traditionally animate Midtown’s office market have long been reevaluating their space needs. COVID-19 may have simply sped up such decision-making, analysts say.

For one thing, the legal sector has been pulling back on its footprint for years. Cushman & Wakefield has regularly surveyed major law firms about whether their attorneys plan to work more time remotely during the next five years. When the brokerage polled firms in January, before the pandemic, 78 percent of respondents said that attorneys would work more remotely. In the spring, as the pandemic swept in, that share rose to 96 percent.

Meanwhile, top executives at major banks have mused out loud that they could see a more flexible schedule in their employees’ future, one that would allow for remote work on some days. This could be seen as part of a long, ongoing reassessment by financial services firms about having multiple office satellites in the city. Witness Goldman Sachs’ consolidation of its offices into its new 200 West Street headquarters in the 2000s.

Again, it’s the pandemic that’s hastened decision-making — for the banks and their landlords. Perhaps the starkest example of banks’ portending pullback in Midtown came when the Paramount Group announced in a springtime quarterly earnings call that it was pushing back to 2021 its attempt to fill the 500,000 square feet at 1301 Sixth Avenue that Barclays is vacating in December as the bank consolidates its offices.

There’s another way to see such a decision, though, and it might see Midtown landlords through the pandemic. Asking rents have come down, due largely to the quick addition of so much sublease space, though they might not keep coming down as the submarket settles into a holding pattern.

“But the feeling of many landlords is that they don’t want to do a deal they will regret for years to come after COVID,” Sabesan said. “They don’t want a long-term deal for seven or eight years. They are looking at this as a short-term disaster and are not dropping their prices.”

That could change as more blocks of sublease space in Midtown come on the market. The submarket has hosted many of the biggest blocks to go up for sublease in recent months.

At the same time, Midtown reflects the larger sublease picture for Manhattan in general. The borough’s main submarkets of Midtown, Midtown South and Lower Manhattan have added millions of square feet available for sublease in recent quarters, including 2.5 million feet during the three months ended Sept. 30, according to Savills. That brought Manhattan’s total to 16.1 million feet, the brokerage said, and that accounts for some 26.7 percent of all available space.

And numbers such as those, in turn, have touched off comparisons to previous troubled eras in the Manhattan office market that also brought on a spike in sublease space.

Still, the all-time peak appears to be during that turn-of-the-century period, when a recession and the dot-com bust, as well as a brisk pace of office construction in the 1980s and 1990s that added so much inventory, combined to flood Manhattan with sublease square-footage.

For the moment, it looks like the market might easily eclipse those figures from 20 years ago. A Newmark Knight Frank report from early October estimated that another 1.1 million square feet of sublease space would hit Manhattan over the following several weeks. What’s more, there are millions of square feet of what brokers call shadow space—leased space that tenants are not fully utilizing and will likely slough off — waiting in, well, the shadows.

Once that hits, Manhattan and its largest submarket Midtown could be looking at sublease space levels not seen in at least a generation.

“There is also 2.8 million square feet of shadow space that we are tracking,” Albert said, “and once that comes on the market, we believe it to be an all-time high.”

Such a record will invariably mean a further downward pressure on rents, and drive more landlords into a holding pattern regarding leasing available space, analysts say. They don’t want to lower those rents too much, especially for long-term leases. There is already copious evidence that leasing activity in Manhattan, including Midtown, has slowed to an anemic pace.

Leasing volume in the third quarter in Midtown was down 33.2 percent annually, according to Newmark. The volume was also 35.8 percent below Midtown’s 10-year historical average; and year-to-date leasing, at 11.1 million square feet, was the lowest since the first three quarters of 2009, at the end of the financial crisis.

Grim stats aside, market watchers say that a resolution to Midtown’s woes, including the downward pressure on rent from all of that sublease space, could come sooner rather than later. They cite a handful of larger leases, including TikTok’s for more than 232,000 square feet at the Durst Organization’s One Five One and NBC Universal’s nearly 340,000 square feet at the Rockefeller Group’s 1221 Avenue of the Americas.

They also cite the possibility of a widely available vaccine sometime in 2021, which would bring back some normalcy to New York City’s daily life. And the national elections will soon mercifully be over, removing another dose of uncertainty. There is also Midtown’s reputation as that top office district, and its increasing popularity with technology companies (witness that TikTok lease).

“The challenge is for people to recognize that this is a temporary condition,” Nicole LaRusso, director of research and analysis for the tri-state region at CBRE, said. She noted her own brokerage’s statistics of 14.3 million square feet of sublease space available in Midtown, one million feet more than a year ago.

LaRusso also echoed a widely held view that denser business districts full of workers that rely on mass transit, such as Midtown, will face greater challenges in fully reopening due to health concerns related to COVID-19.

“Workers will stay at home until there is a vaccine in wide circulation,” LaRusso said. “And, given what we know for the timeline of a vaccine, we believe that will keep the market fairly quiet until perhaps the start of 2021. Once we see a vaccine, I believe we will see companies recalling workers back to the office and leasing activity picking up.”

With reporting by Tom Acitelli.