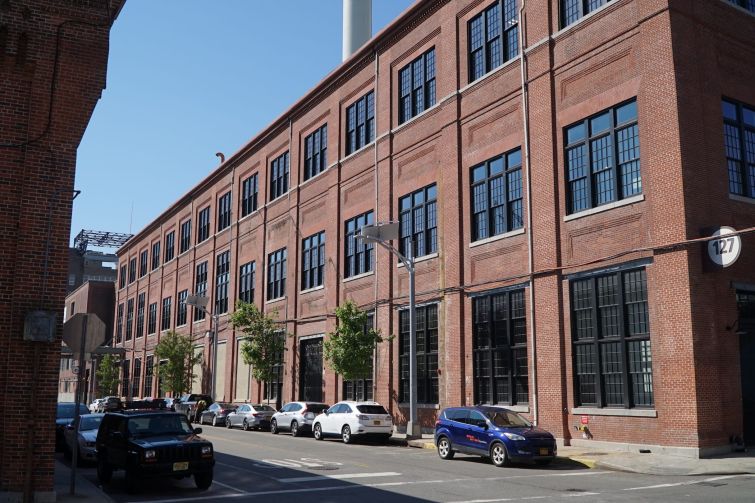 Smart Design, a product design and branding firm, inked a 10-year deal for 21,100 square feet of office space on the top floor of the three-story building. The company, which works with clients like Sephora, Ford, OXO and Gatorade, will leave its current offices at the Starrett-Lehigh Building in Chelsea.

Daedalus Design & Production, which builds theatrical scenery and furniture, also took 35,000 square feet for 10 years on the ground floor of Building 127. The company will relocate from its current home, a warehouse at 233 Banker Street in Greenpoint.

The deals come on the heels of a $42 million renovation of Building 127, which was formerly home to Sweet’N Low manufacturer Cumberland Packing Corp. The sugar distributor closed its doors in 2016, in the midst of intense contract negotiations with United Food and Commercial Workers Local 2013, which represented its workers. The 95,000-square-foot, early 20th-century brick building was originally constructed for a shipbuilding company.

“The city’s most creative firms like Smart Design and Daedalus continue to choose the Navy Yard for its community of innovative companies, proximity to their workforce, and work environments like Building 127 that simply can’t be replicated anywhere else in the city,” said Johanna Greenbaum, chief development officer at the Brooklyn Navy Yard Development Corporation. “Both of these companies embody the future of manufacturing and design in New York City. We are thrilled to welcome them to our final restored historic building and to the Yard community.”