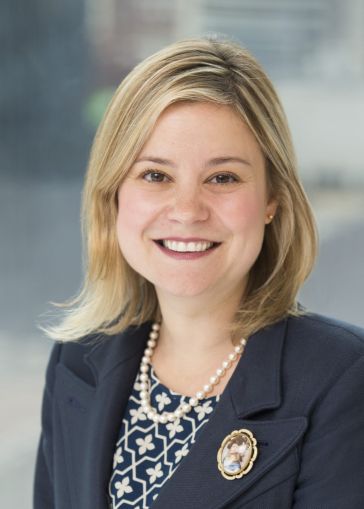 A joint venture between Rockefeller Group and Stonebridge has finalized plans with Metro on the $300 million redevelopment of the transit agency’s downtown headquarters site, the Jackson Graham Building, in Washington, D.C.’s Penn Quarter commercial and entertainment area.

The partnership, whose selection and approval by the Metro board of directors was first announced in February, envisions a major redevelopment of the existing structure, delivering modern office space, ground-floor retail and amenity space.

“We have a unique opportunity to deliver best-in-class design to meet the demands of a changing workplace,” Hilary Allard Goldfarb, senior vice president and head of Rockefeller Group’s mid-Atlantic region based in D.C., told Commercial Observer. “Flexibility, innovation, wellness and accessibility will inform all aspects of our development.”

The Jackson Graham Building, which has served as the headquarters of the Washington Metropolitan Area Transit Authority (Metro) since 1974, is located at 600 Fifth Street NW between the Capital One Arena and the National Building Museum. It’s also within a block of both the Gallery Place and Judiciary Square Metro stations.

“Given the prominence of the site, we are laser-focused on urban design priorities that connect the vibrancy of Penn Quarter with the stateliness of Judiciary Square,” Goldfarb said.

Under terms of the agreement, Metro will continue to own the site, though Stonebridge and Rockefeller Group will control it under a 99-year ground lease.

The project is scheduled to get underway in early 2023, with an anticipated completion in 2025.

“We believe in D.C., and we believe that our city can and should lead the way,” Goldfarb said. “This development anticipates next-generation office design and contributes to the long-term vitality of our city.”