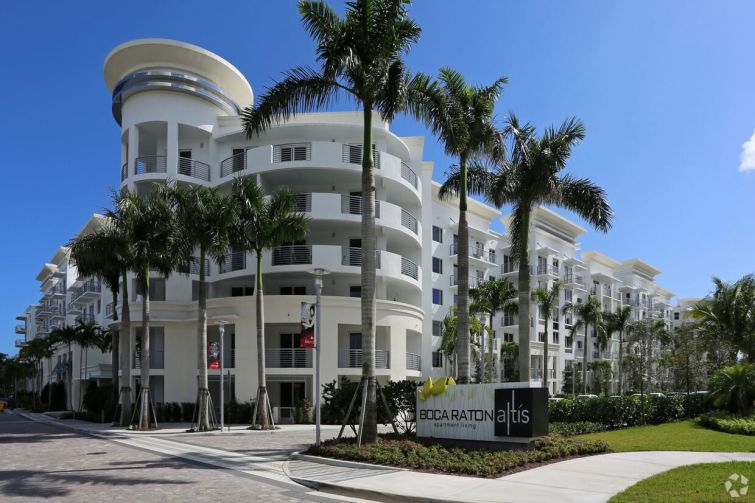 New York Community Bank (NYCB) funded the loan, which includes interest-only payments of 2.89 percent across the whole of its seven-year term, according to sources with knowledge of the transaction.

The bank did not immediately respond to an inquiry about the deal.

Meridian Capital Group’s Israel Schubert, David Cohen, Mordy Schwartz and Mark Krupenia, who are based out of the advisory firm’s Iselin, N.J., office, sourced and arranged the debt on behalf of Cardone’s firm, which raises money in a crowdfunding format from accredited and interested non-accredited investors, who then become partners in the real estate assets he purchases through the vehicle, according to marketing materials on the firm’s website detailing its strategy.

Meridian’s connection to NYCB helped the pair structure a “competitive transaction that closed in just 30 days,” Schubert said in a statement. While Meridian declined to name the lender, only identifying it as a “balance sheet lender,” Schubert previously represented Cardone Capital in sourcing $93.5 million in acquisition debt from NYCB in the summer 2019 to fund its buy of Nexus Sawgrass, a more than 500-unit development in Sunrise, Fla., that Cardone renamed 10X Living at Sawgrass.

“10X” is an homage to his brand, the 10X Rule, an idea he’s detailed in one of his self-help books on entrepreneurship that believes “success stems from working ten times harder than anyone else and displaying a ‘domination mentality.'” Cardone Capital has multiple 10X-branded properties, but it’s unclear whether Altis will be renamed as such.

Cardone, himself, is an investment manager, author, motivational speaker and social media personality, with millions of followers across multiple platforms. He’s also going to be featured on season two of an upcoming series on Discovery Channel called “Undercover Billionaire 2.” Cardone manages around 8,673 multifamily units valued at close to $2 billion, either individually or through his firm, Cardone Capital, as per the company’s website. He has been investing in the multifamily space since the mid-1990s.

Altis Boca Raton is a six-story, 400,000-square-foot luxury rental development located at 5550 North Military Trail, just a couple miles from major interstate artery I-95. The asset comprises 398 residences that average just over 1,00 square feet in size and sport nine-foot-tall ceilings. The site also includes amenities, such as an outdoor pool and entertainment area, with a chef’s kitchen, a spa and sauna, a steam room, an indoor plunge pool, a 24-hour fitness center and cycling room, a business center and a movie theater, among a variety of other offerings, as per its website.

The property’s monthly rents could not be gleaned from its website or from any online, third-party listing services.

Right next to the property is a 67,000-square-foot, grocery-anchored shopping center, a needs-based asset subtype within retail that hasn’t been labeled a serious victim of COVID-19. And just around the corner from the property — at 5100 Broken Sound Boulevard Northwest — is The Park at Broken Sound, a 700-acre, “park-like mixed-use” property with 28 acres of open green space, 29 acres of lakes and different waterways, 5.2 million square feet of office space and three, yet-to-be-built residential projects that will comprise more than 1,000 apartment units, according to information on the city’s website.

Cardone Capital could not be reached.