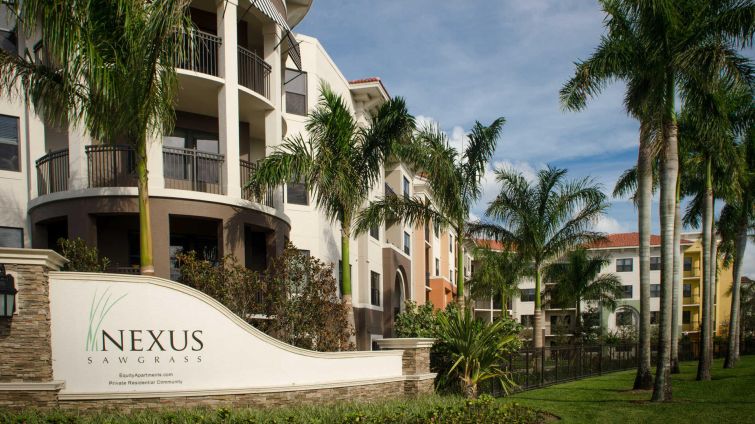 Florida developer Grant Cardone has sealed $93.5 million in financing to fund the acquisition of an apartment complex near Fort Lauderdale, Fla., Commercial Observer can first report.

The loan funds Cardone’s purchase of Nexus Sawgrass, a 500-plus unit development in Sunrise, Fla.—a city about ten miles inland from Fort Lauderdale—according to Meridian Capital Group, whose brokers negotiated the debt. Meridian declined to name the debt’s balance-sheet lender, but sources with knowledge of the deal named New York Community Bank.

With a 12-year term, the loan has a fixed interest rate of 3.69 percent for the first seven years, and Cardone won’t be on the hook for paying down principal until 2024. Israel Schubert and Mark Krupenia worked on the deal for Meridian’s team.

Cardone “identified a great property and executed the deal flawlessly,” Schubert said in a statement.

Cardone will rebrand the property 10X Living at Sawgrass. An announcement from Cardone’s company, Cardone Capital, did not state the price of its acquisition from the previous owner, Equity Apartments. The firm did say it had now completed transactions worth more than $350 million since December 2018.

Standing at 2903 Northwest 130th Avenue, the complex, built in 2014, features a mix of one-, two- and three-bedroom apartments on a campus that also features a swimming pool, tennis courts and a children’s playground.

One-bedroom apartments of roughly 800 square feet start at $1,540 per month, according to the property’s website. Three-bedroom units sized up to 1,269 square feet cost as much as $2,180 per month.

His company has raised close to $200 million in the last year and a half, it said in its announcement of the acquisition.

Cardone and New York Community Bank did not immediately respond to inquiries.