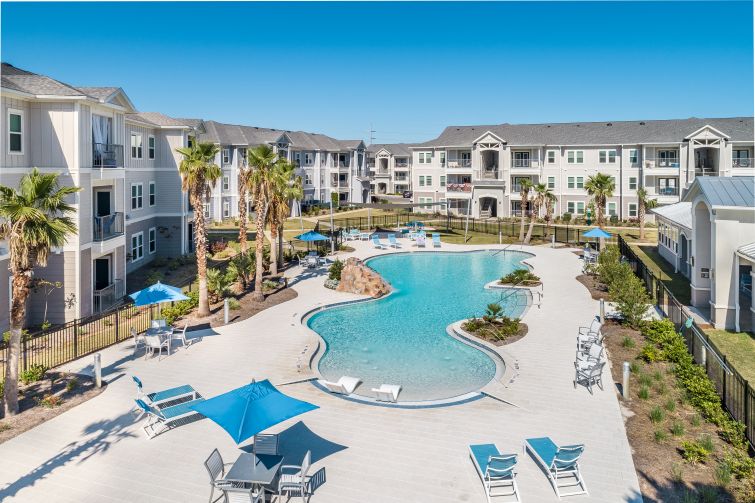 The debt deal funds Cardone Capital‘s acquisition of Vantage at Panama City Beach, a 288-unit complex on a spit of land between the Gulf of Mexico and Grand Lagoon, an inland waterway, about halfway between Tallahassee and Pensacola. The garden-style apartments were just completed last year by their developer, Vantage Communities, the seller in the deal. Berkadia’s ten-year, fixed-rate Freddie Mac loan is structured so that Cardone will owe only interest payments for the first half of the term.

David Etchison, a sales executive in Berkadia’s Birmingham, Ala. office, represented Vantage in the deal, and two of his Boca Raton-based Berkadia colleagues, Mitch Sinberg and Matthew Robbins, advised Cardone on the deal’s financing.

“The borrower timed this acquisition well, allowing Freddie Mac to commit the loan with aggressive terms and hold its spread despite some of the volatility in the markets,” Sinberg said in a statement. Freddie Mac “recognized the strength of the borrower’s business plan in a beachside tourist market that has significant potential for growth.”

Indeed, the city’s population has already boomed in recent decades. It nearly doubled between 1990 — when 4,000 people lived there — and 2000, when 7,700 called the city home. The 20 years since have seen another near-doubling, with the current population standing at more than 13,000, according to the Census Bureau’s most recent estimate.

The city grows far busier yet each March and April, when thousands of college students on spring break descend on its Gulf Coast beaches. The city maintains a website advertising spring break events that has already been updated with concerts and parties for the 2020 spring break season. The city was also the setting for “Floribama Shore,” an MTV reality show about a college-age cast who live and party in Panama City Beach.

But deeper trends are also contributing to the city’s popularity, according to Etchison.

“These coastal markets are getting a lot of interest from outside capital that is chasing better returns,” Etchison said, adding that in a recent 12-month period, rent growth approached 10 percent.

As part of the acquisition, the complex will be renamed 10X Living at Panama City Beach. That’s in keeping with the Cardone brand, which also operates 10X living apartment communities in Delray Beach, Fla. and Austin, Texas, among other southeastern climes.

The company is run by Grant Cardone, an investment manager with a sideline as a motivational speaker and self-help magnate. Cardone Capital buys real estate through funds raised from both accredited and non-accredited investors who become partners in the special-purpose entity that owns the assets, according to his website.

Representatives for Cardone did not immediately respond to inquiries.