The additional money is coming from utilities and tax increases 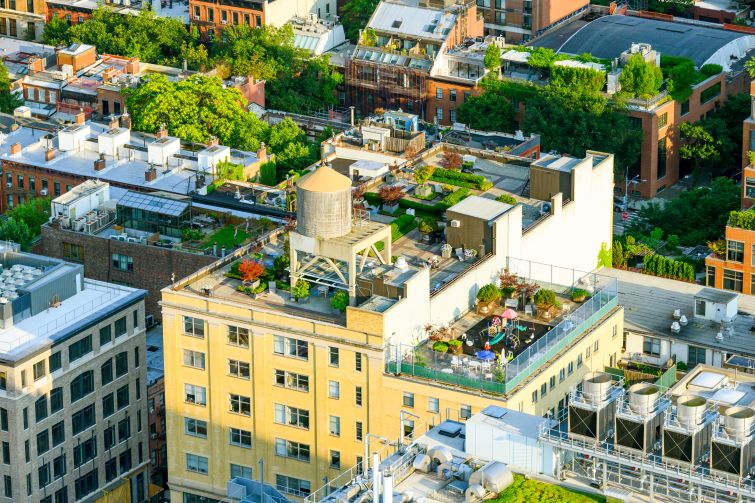 With nearly $500 million still owed the city from recent property tax bills, officials from the Department of Finance will be focusing on another $13.744 billion that is due Monday, Jan. 4, 2021 – a four-day payment reprieve due to New Year’s Day falling on a Friday.

Because of mid-fiscal year tax rate changes, this is also $84 million more than was due from property owners on July 1, 2020.

Since the tax rates for both Class 1 homes and Class 2 apartment buildings dropped in a mid-fiscal year change, the additional money is coming from utilities and commercial properties whose tax rates were increased.

In fact, Class 4 commercial properties will be picking up $207 million more than they were billed in July.

“Many restaurants pay a portion of their commercial landlords’ property taxes as part of their lease obligations, so an increase in taxes on these small businesses when they’re already teetering on the edge of survival is of great concern,” said Andrew Rigie, executive director of the NYC Hospitality Alliance. “The city should be focused on supporting restaurants and decreasing their expenses, not increasing their tax burden.”

Properties with an assessed value of less than $250,000 pay 3.25 percent interest on late payments, while those worth $250,000 or more pay 18 percent interest, which Walker described as “outrageous.”

The City Council had lowered some interest rates for the July 1 bills, but only for “eligible” properties that had a significant income drop or an owner impacted by COVID and had applied by Sept. 30, 2020.

Walker is not alone in wanting to see some more interest relief. State Sen. Leroy Comrie of Queens introduced a measure in Albany that would temporarily cap property tax interest “penalties” at 3 percent, retroactive from March 7, 2020 through June 30, 2021. Comrie has support from some of the city’s biggest real estate owners.

“The state Legislature should also pass legislation that would reduce the excessively high interest rates incurred by late property tax payments in light of the impacts of the pandemic,” said James Whelan, president of the Real Estate Board of New York. “New York’s economic crisis has created unprecedented challenges for property owners. The city must be flexible and provide more time for owners that are struggling to make property tax payments on a timely basis. If city and state officials do not provide owners with this necessary support, they will create an environment in which New York’s economic problems become even worse.”

Overall, $352 million in payments from all properties are still outstanding from July, and that equals a delinquency rate of 2.6 percent.

But, another $130 million is due to the city from those that skipped paying their Oct. 1 bill. This is a worrisome delinquency rate of 5.7 percent, as it affects the mostly small properties with an assessed value less than $250,000 whose bills are divided into quarters.

Those numbers are rising as COVID has affected most properties and owners.

The city’s tax lien sale has already been pushed back from May to Jan. 1, and Gov. Cuomo is likely to extend it again through an executive order — especially as it is a holiday. The executive orders only last for 30 days, so many will be renewed before the end of the year. Additionally, the underlying city legislation authorizing the lien sales also expires on Dec. 31. Most residential properties in the lien sale have owed the city at least $1,000 for three years, while commercial properties owe it for just one year.

A new City Council measure, sponsored by Council Member Adrienne Adams, would increase the required Class 1 debt to $5,000 and extend the right to sell the liens through the end of December 2024, while also exempting certain Class 1 residential properties and condominiums affected by COVID from a 2021 lien sale.

The pandemic has hit tax collections in the gut. REBNY found the city and state have so far lost $1.2 billion and $400 million, respectively, in tax revenue in 2020, due to “significant declines in real estate market activity” as investment and residential sales fell 49 percent compared to 2019.