Top Female CRE Execs On Finance and Development Amid the Pandemic 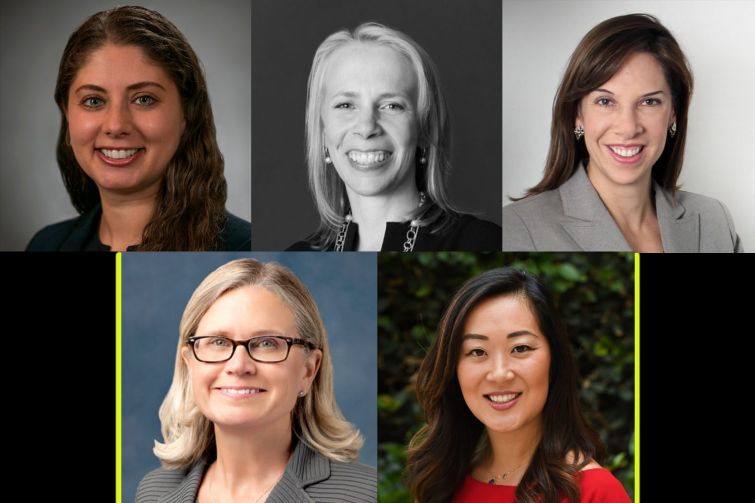 Discussing the general trajectory of their businesses throughout the COVID pandemic, Minieri mentioned that RXR donated $1 million to New Rochelle, the first COVID hotspot, and volunteered other assistance for small businesses and nonprofits.

Silverstein noted the unique pain of the resulting recession, as it was the rare downturn that hit every sector of business and society simultaneously. For some retailers who had already been hurting due to retail’s issues over the past few years, she noted that COVID was the “knockout punch.” She also referred to the pain felt by hotels, which “went from 60 to 65 percent occupancy in March to zero occupancy overnight in April.”

Discussing the effect of COVID on cities, Minieri said that RXR saw clear signs of suburban flight, noting that its New York City assets were hit hard, but that “the flight went to our suburban assets,” citing how Long Island, Connecticut, and Westchester all saw an uptick in residential leasing.

“I think people will come back to New York City, no doubt about it, but I do believe there is a demand in the suburban market for multifamily residential,” she said. “There are people who want to live in the suburbs near transit.”

As for the work-from-home phenomenon, the panelists agreed that while the nature of office might change, overall people are aching to be around other people, which means that the office is far from dead.

Burch noted that Lendlease had a several-month headstart on COVID preparations due to her company’s Asian dealings. The company invested in technology to facilitate global communication years ago, so they were able to move quickly into the world of remote work. Burch added that many of her company’s construction sites, including here in New York, never closed, having been deemed essential.

“People have made great strides figuring out how to keep projects at cost and on schedule,” she said, noting that Lendlease has been “actively progressing our development pipeline,” as well as continuing acquisitions, including one on the Greenpoint waterfront.

Hourihan said that as a real estate firm, CBRE felt it was important to open its offices, which are 15 percent occupied. She said that the company has worked closely with tenants in financial straits, as “good tenants pre-COVID should be good tenants post-COVID, so we work with them and help them try to survive.” She also noted that the company has probably closed on $1 billion in properties during the crisis.

The Los Angeles-based Lee said that with 3,000 units in progress across 15 construction sites her company spent just one day working from home, and has instead been in the office since March 20. The retail situation there is more promising than in New York due to the weather.

“It’s been an extended summer, it’s 80 degrees today, and people have been creative with how they use outdoor space to keep businesses afloat, including retail,” she said.

Next up was “Lending and Workouts in the Age of COVID: ‘Sharing Pain’ Across The Capital Stack.” Moderated by Jennifer Recine, partner at Kasowitz Benson Torres, the panel featured Oksana Beard, managing director at Goldman Sachs; Karen Ramos, managing director of loan syndications at Credit Agricole CIB; and Vicky Schiff, managing partner at MREC Management.

Ramos noted that her company had lent a lot on hotels, and that despite the dire fall-off in visitors, she expected hotels to return to strength post-COVID since they had been doing well before the pandemic. Her bigger concern was retail, which she believes “has to reinvent itself in order to survive.”

Recine asked if the panelists were experiencing anything surprising. Schiff responded that MREC has a fair amount of for-sale projects, and that she’s signing leases every week in mountain communities in upstate New York.

“They’re doing extremely well, counterintuitive from the last crisis,” Schiff said. That said, she doesn’t necessarily feel the NYC-to-suburbs pipeline is permanent. “Is everyone going to wake up one day and say, ‘Gee, it’s cold here. Do I wanna live here full time?’”

Meyer noted that she has seen multifamily remain stable throughout the crisis. Her company has seen increases in rents and occupancy in the company’s suburban portfolio, and vast decreases of the same in its urban portfolio. She also noted that in urban areas, while studios were previously “desirable and hard to come by,” now it’s one- and two-bedrooms that are fully occupied.

McLean, whose company has around 15 million square feet of retail, said that foot traffic is down around 15 percent nationally, with major urban markets feeling a larger crunch than smaller suburban areas. And Golub is seeing growth in a surprising sector: creative content studios. Noting a need for content for companies like Disney and Netflix, she called studios “an underserved asset class,” recalling that studio space is being leased up “faster than it’s coming available.”