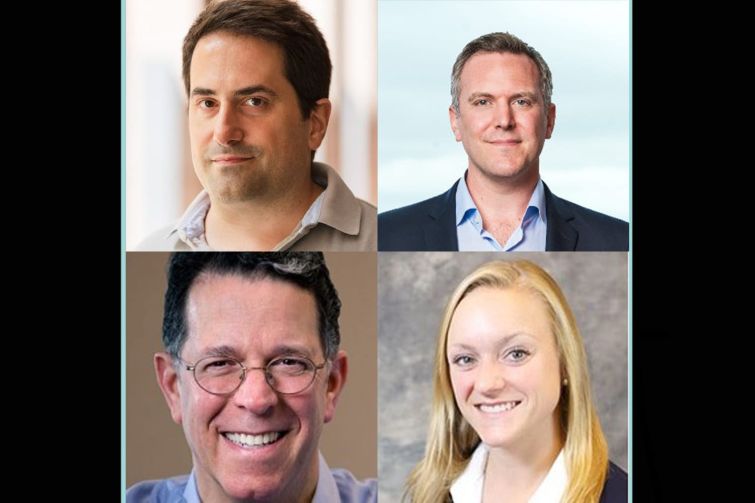 COVID-19 has ignited conversations in commercial real estate around a supposed rush to the suburbs by office tenants and city dwellers in general seeking a more spacious environment less friendly to the coronavirus.

In just the last several months, transit-oriented urban developments that were so sought after in the last cycle have seemed to somewhat fall by the wayside — for now.

As part of Commercial Observer’s “Suburb Series,” Wednesday’s two-panel event titled “Leaving the Subway for Satellite Cities” tackled and dissected this narrative as it relates to the residential and office sectors.

“We’re seeing what I would call an acceleration of people moving to the suburbs for access to space and access to affordability, so there’s always a natural progression of young people who want to build families or access schools,” RXR Realty president Mike Maturo told CO co-deputy editor and finance editor Cathy Cunningham as part of a short keynote Q&A that kicked off the event. “We’re seeing greater traffic in our apartment projects and in our condo projects.”

“[It’s] the fact that both of these cities have really transformed themselves over the last decade or two to be much more 24/7 and live-work-play, and I think there’s a recognition that you’ve got [the University of Connecticut-Stamford] and you’ve got Pace [University] in Westchester and great access to the waterfront,” Newman said, adding that Stamford has the busiest train station on the Metro North, next to Grand Central in Manhattan. “In each of White Plains and Stamford, you’ve got several thousand residential units that are also proximate to transportation centers, which also augurs well for folks who are looking for a hub and spoke presence where they don’t need to take long commutes.”

But, while demand for suburban residential near transit has grown, commercial real estate activity hasn’t yet followed suit, with many companies having not fully bought into ejecting from urban centers as a result of COVID-19, Novotny said.

“We’re seeing an increase in inquiries, but we haven’t necessarily seen companies come out of the city and the market wake up yet from this COVID pandemic,” Novotny said. “We’re waiting and we’re all very hopeful. It’s going to take one, large brand-named company to really validate one of these markets for other companies to start to look and even move out. But, that’s really to be determined.

“If I’m a large user and I’m paying on 30,00 square feet or more,” she added, “I don’t want to start my lease if my employees can’t necessarily be in the workplace. It will depend on when there’s an end in sight or when people feel comfortable returning to the workspace, which I do think we’re seeing — more in the suburban markets.”

Novotny said that the central business districts have shown less activity with its offices having less occupancy than suburban office parks.

Gottlieb said there have been a lot of inquiries year-on-year “and tours have increased to a lesser degree… [W]hat hasn’t quite struck yet is that business [we’re always looking for] willing to make five-, seven-, or 10-year commitments. We see that activity in smaller boutique firms often looking for two- to three-year bridges to test the waters.”

Newman pointed to deals his firm has done in Stamford and in Harrison, N.J., that were in pre-built offices and were “plug and play” on shorter terms. But he mentioned that at ESRT’s Metro Center building in Stamford, the firm signed Berkley Insurance to more than 63,000 square feet through 2033 in what was “very much a COVID deal. They had a showing with us in late May and we had to get kind of creative.”

Newman added that industries such as insurance, law, accounting and tech (to a degree) each have displayed a “highetened interest in housing some portion of their operations in Stamford.”

In New York, at least, there still hasn’t yet been a wave of businesses rushing to the ‘burbs, but the long-term outlook for offices overall and how they will be managed has quickly evolved.

As an example of how the office space has had to shift, Egan pointed to Clarion’s Merritt 7 corporate park in Norwalk, Conn. The property is highly amenitized, and she said “unfortunately, we had to close some of them or amend our operations to comply with social distancing, [we made] filter upgrades and changes — Merritt 7 has the dual filtration system, with MERV 8 and 15.” She said in the lobby there’s a big sign touting the building’s filtration system, something Clarion most certainly wouldn’t have needed to do seven months ago.

With that, she said there’s a lot of disinfection and “high touch” cleaning involved, and there’s also a need for visible indicators like plexiglass, sanitation stations and signs for social distancing that make tenants more comfortable.

Egan said these precautions and certifications — like WELL and Fitwel — will become amenities going forward that will work to make office tenants more comfortable.

Weisz said while many are deploying these methods, close communication between the landlord and tenants is paramount and has been “well received” by RPW’s tenants.

Handler said that another caveat that stands out is being able to provide routine COVID-19 testing that has, since March, mostly been available for “the most sophisticated tenants.” He added these aspects of running an office building have quickly become the “status quo” and “routine.”

Despite everything, Weisz said terms on smaller leases have really held steady, with the exception of larger tenants with lease expirations within one to two years, who are asking for one- or two-year extensions. This comes even though many companies have surprised themselves by having remained productive and efficient while working from home —  92 percent of employees and managers said they feel as much or more productive than pre-COVID-19, Gibbons-Sheets mentioned, citing a recent CBRE survey.

Weisz added that in the next six to eight months, once a vaccine is hopefully in play and there’s greater certainty, the effectiveness and longevity of the work from home phenomenon might  come into question.

“In general, the communication and interaction and ability to motivate and train people is more challenging,” Weisz said. “Some of our larger tenants would like their staff back in the office and they would prefer more people in the office then less. For that reason, we are creating more amenities and our cafeterias have changed to accommodate pre-packing and etc.”