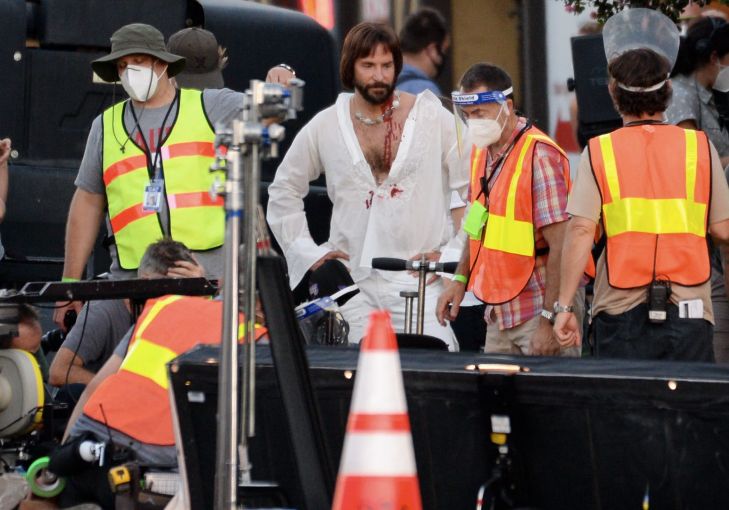 The cameras are rolling and Hollywood’s film industry is slowly coming back, and that’s bringing intense demand for studio space, new interest from investors and higher rental rates.

FilmLA, the nonprofit film office for the city and county of Los Angeles, announced approximately 1,127 permit applications from 829 unique projects since receiving the go-ahead from authorities to restart processing in June after the coronavirus shutdowns. Monthly applications increased nearly 40 percent in August, and, with almost 200,000 workers employed by media and entertainment firms last year, the return of production in Hollywood will be a major catalyst to the region’s economic rebound.

The pause in filming earlier this year added to the existing bottleneck in production and raised the demand for studios and soundstages. Strict social distancing regulations have led to productions needing more space to spread people out, as well as increased demand from consumers for more content as people rely more heavily on at-home entertainment.

CBRE has seen a “substantial increase” in leasing and sales activity the past couple months, and executive vice president Craig Peters said “the fight for available space is clearly pushing up rates.”

“With the return of the entertainment engine to an already low vacancy market, vacancy rates are falling even further,” resulting in upward pressure on rents, he said via email.

In an interview with Commercial Observer, Sam Nicassio, president of L.A. Center Studios, estimated about a 10 to 15 percent increase in rents because of the rampant demand and the overall backlog in production. He said he’s seen activity rise at about the same pace as FilmLA.

According to CBRE, over the past three years, the demand for production facilities led to about a 20 percent increase in rents at the soundstages owned by Hudson Pacific Properties (HPP), outpacing most other regional real estate assets. And Bill Humphrey, senior vice president of HPP’s Sunset Studios, told CO that the firm is increasing rental rates since the pandemic hit.

In that time, HPP collected 100 percent of the rent at its studios, where shows are now ramping up again. Humphrey said just four weeks ago that his company had zero productions scheduled. But now about 60 percent of its production schedule is set with shows by Netflix, CBS, ABC, HBO and NBC restarting production or starting new ones soon.

“We should see about 80 percent of our stages ramped up by the last week of September through the second week of October,” he said. “Even with COVID, people are signing for new deals and committing to stages. By the time we get to the middle of October, we should be 100 percent full on the stages.”

He explained one driver is the returning programs that were on the stages in February that have to come back and finish the balance of their shows. But another driver is that productions are filming on stages more now because it’s easier to protect actors and workers.

“We have two instances, one with ABC and one with NBC, where they actually leased additional stages from us so they could increase their stage capacity,” Humphrey said. “We’re seeing a lot of streaming companies push product back into L.A. where most of the actors live so they can be local. […] A lot of actors are weary to travel by plane or be in hotels for long periods of time.”

Indeed, CBRE’s Peters also said the firm is seeing an increase in activity with production companies and studio operators, and it’s “clearly a result of pent-up demand,” resulting in a battle to find options for filming. Production space in Greater L.A. totals 5.5 million square feet — the highest concentration in the U.S. by far — and CBRE anticipates the supply to grow by at least 10 percent in the coming months with new developments and conversions.

With sound stage vacancy consistently in the low single-digits, CBRE said production companies have increasingly looked to alternative filming locations and opportunities for adaptive re-use. Peters said that basically any vacant industrial building is now “in play” as a potential studio alternative.

“With most of the stages in the region already full, productions are scrambling to find vacant space available for immediate occupancy,” Peters said.

Industrial properties with high ceilings and large unobstructed floorplates, as well as formerly overlooked facilities in Downtown L.A. and in the northern part of the county, have received additional attention, CBRE reported.

Eric Willett, CBRE’s regional director of research, said studio operators and developers are also looking to adaptive reuse opportunities to create additional production space. CBRE pointed to Siren Studios in the heart of Hollywood as an example of adaptive reuse of non-studio space, with more than $50 million invested in upgrades.

Earlier this year, CO broke the news that Blackstone would acquire a 49 percent stake in Hudson’s Sunset Studios for $1.65 billion. It was the largest ever studio transaction in L.A. County, and Willett said it “definitely catapulted production space to the top of investors’ minds, if it wasn’t there already.” Peters added that CBRE has seen both local and out-of-area investors actively looking for existing and ground-up opportunities for studio space.

Film and television productions are also notably one of the biggest occupiers of office space in the L.A. region, according to CBRE, with the industry taking up 17.7 million square feet. Reed Hastings, founder and co-CEO of Netflix, told the Wall Street Journal last week that he doesn’t see the benefits in people working from home, and he expects employees back in the office once a vaccine is available. He did, however, say that a hybrid model of four days at the office and one day at home, could become the new normal.

Nicassio at L.A. Center Studios also said he’s hoping to get its 200,000 square feet of traditional office space back up and running. Plus, he said he doesn’t expect the entertainment industry to maintain new work-from-home strategies because people benefit more from working together, though he said a more hybrid model could be the result.