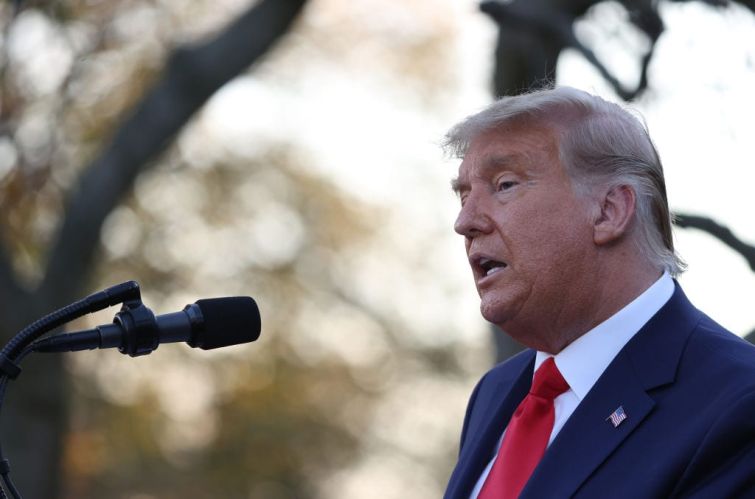 A group of 164 New York City business owners — including the heads of powerful landlords and brokerages — called on President Donald Trump to concede the election to President-elect Joseph Biden and start transition proceedings.

On Monday morning, the pro-business nonprofit Partnership for New York City sent an open letter to Trump — who has been waging a war in the courts and on Twitter over the election results, and has refused to start the transition process — pleading with the president to start giving Biden the necessary briefings as the coronavirus pandemic continues to rage.

“Every day that an orderly presidential transition process is delayed, our democracy grows weaker in the eyes of our own citizens, and the nation’s stature on the global stage is diminished,” the letter reads. “Our national interest and respect for the integrity of our democratic process requires that the administrator of the federal General Services Administration immediately ascertain that Joseph R. Biden and Kamala D. Harris are the president-elect and vice president-elect so that a proper transition can begin. Withholding resources and vital information from an incoming administration puts the public and economic health and security of America at risk.”

(On Monday evening, the GSA signaled it would in fact ascertain Biden’s election.)

The letter was also signed by Related Companies’ CEO Jeff Blau, whose chairman, Stephen Ross, came under fire last year for hosting a swanky Hamptons fundraiser for Trump. Ross did not sign the letter himself, but told The New York Times that he regretted hosting the event, though he didn’t say who he planned to vote for. And major Republican donor Henry Kravis, co-Chairman and co-CEO of private equity firm KKR, also signed the letter.

Some notable figures in the real estate industry did not sign on to the letter, including those who have donated previously to Trump’s reelection campaign. Richard LeFrak, chairman and CEO of LeFrak Organization, which donated $16,200 to the Trump campaign; and Elie Hirschfeld, president of Hirschfeld Properties, who previously told Commercial Observer that he had switched parties once Trump announced his run for the presidency, both didn’t sign the open letter.

Trump has refused to concede the Nov. 3 election, even after most news outlets called the race for Biden on Nov. 7, and, instead, started a legal battle to overturn the results in several key states, while repeatedly making unfounded claims of fraud in the election. Despite a rising number of coronavirus cases around the country, Trump has not started a transition with the Biden administration, and Trump’s coronavirus vaccine chief adviser, Dr. Moncef Slaoui, said over the weekend that he has had no contact with Biden’s team.