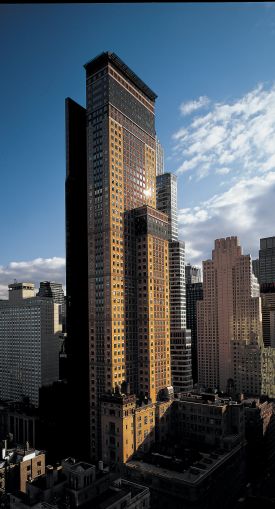 The firm signed a five-and-a-half-year lease for a 6,000-square-foot, pre-built suite on the sixth floor of the 60-story building at 152 West 57th Street between Avenue of the Americas and Seventh Avenue, according to a source with knowledge of the deal. Asking rent was in the mid-$60s per square foot.

Melius, which was founded by Scott Davis in 2017, currently has its offices nearby in Midtown at WeWork’s 142 West 57th Street outpost and plans to move to its new space as soon as possible, the source said.

The 550,000-square-foot Carnegie Hall Tower was built in 1991, and owner TF Cornerstone recently started a pre-built program in the building with plans to add tenant amenities within the next two years that will include an outdoor terrace on the 43rd floor and a golf simulator.

Newmark’s Matt Leon and Andrew Margolin represented the landlord in the deal, while Brad Needleman and Justin Pollner, also of Newmark, handled it for Melius. A spokesman for Newmark declined to comment.