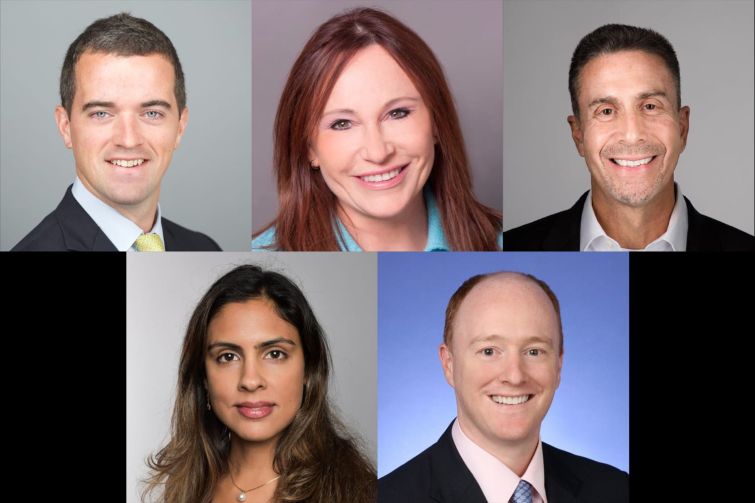 The past nine months have created many uncertainties with real estate finance, as no one saw the roller coaster that was COVID-19 coming down the tracks.

After one of the longest and most successful market recoveries in recent history, the end of the cycle that started coming out of the Great Recession abruptly arrived, and the market was forced to act fast and adjust to the new normal.

In the year ahead, will we see consolidations or new market participants on the other side? What does that leave opportunistic strategies for yield? Is commercial real estate still a good place to park cash?

To answer these questions, five real estate experts took part in the webinar, “Now What: An Inside Look at Industry Performance from Top Industry Participants With Their Ears to the Ground,” as part of Commercial Observer’s fourth annual Financing Commercial Real Estate Forum (Washington, D.C.), which took place on Nov. 17. (There was also a webinar on the debt and equity markets.)

Cathy Cunningham, CO’s finance editor, moderated the event, and asked each of the panelists about their experiences due to the pandemic.

Kevin Cullinan, managing director for Mack Real Estate Credit Strategies, noted that, at the onset of the pandemic, the company focused, first and foremost, on working with each of its borrowers, helping them address problems or perceived problems within their portfolios at that point in time, while doing its best to protect itself as well.

“For the first several months, a lot of our focus was inward, and whether that was entering into minor modifications of our existing book or slight restructurings. Thankfully, I can say there was very little forbearance requested of us or forbearance agreements that we entered into,” Cullinan said.

He explained that most of the modifications Mack Real Estate entered into had to do with time. So, whether that was missed milestones, or performance milestones, or needing additional time to recapitalize a project approaching maturity date, that’s what the company focused on.

“As we get into the second half of the summer, we did start to see a number of interesting opportunities come to the market, and we’ve been doing our best to take advantage of that,” Cullinan said.

Kim Diamond, principal and head of structuring and credit for Crescit Capital Strategies, said the company was fortunate because it wasn’t holding too many things on portfolio when the pandemic hit, as it had sold a lot of its credits off, so it was very lucky performance-wise.

“The loans that we are holding have held up well; they’ve largely been in asset classes that have withstood a lot of the stress that has been experienced during the pandemic, such as industrial, self-storage,” she said. “We continue to lend over the past nine months. Initially, the inquiries were somewhat anemic. We were getting a fair number of inquiries, but it was hard to tell which of those transactions were real transactions, as opposed to people testing out the market, or seeking back-up plans and instances where they had commitments for financing and they weren’t really sure whether or not the lenders were going to show up at the table when it came time to close.”

Since the end of August, Crescit Capital Strategies has seen the velocity of inquires pick up pretty dramatically, and the opportunities are probably a little bit more attractive.

“I think as people have either learned to live with the pandemic or settled in, or accepted that there’s going to need to be a fair amount of structuring or other protections put into place, I think that the opportunities have become more attractive,” Diamond said. “Unfortunately, spread seemed to have come in quicker than everybody would have liked. We had seen widening of at least 150 basis points, but that widening is sort of coming in now, but there are still a lot of attractive opportunities.”

Tim Leon, executive vice president for commercial real estate for the mid-Atlantic, Southeast and Southwest at Citizens Bank, noted the pandemic caught the company — as it did everyone — completely off guard.

“We had come off an incredible year in 2019 and had a big budget for 2020, and we had tremendous momentum in pipeline coming into 2020,” he said. “To say that, when we looked at how long the cycle had been going on, I think everyone had concerns about the duration of the cycle, but, yet, economic variables continued to be very good and very solid.”

Therefore, when the company looked at potential cliffs that could tumble the market, it identified a number of things, but a viral pandemic was not one of those on its radar.

“We quickly went from an external focus into an internal focus, looking at our portfolio with a primary focus on the areas that were impacted early in COVID most severely, and that was hospitality and retail,” Leon said. “I think we did a fantastic job working with our clients in an accommodating way around modifications, deferments if they were needed, covenant waivers if they were needed, to really act as a triage function and a bridge function to minimize the initial shock and impact.”

Cunningham then turned the conversation to lending practices, and asked Sonia Khanna, senior director of commercial real estate for Pacific Western Bank, what’s occurring and whether the bank was actively lending in this environment.

“We are definitely lending today,” Khanna said, echoing what others in the webinar had said about looking internally at its portfolio early on and working with borrowers. “We have been very fortunate, in that, we generally have worked with top-notch sponsors and have been lower-leveraged. Generally, our loans pre-pandemic, were 50 to 60 percent loan to cost, sometimes up to 65, but still generally low leverage. So that has really benefited us over the last six months since the pandemic.”

After completing that process, Pacific Western Bank worked with the PPP loan program, which, in turn, helped its borrowers.

“Late summer was when we finally started feeling comfortable with where our balance sheet was, how our own portfolio looked, and we started getting actively back in the market,” Khanna said. “We’re definitely more choosey on property types now than we were pre-pandemic. We’re looking at multifamily. We are being very careful of underwriting our downsides when we’re looking at new multifamily deals. And, sometimes, we’re even stressing our downsides to look back at the great financial crisis and see how they performed at that period of time.”

Pacific Western Bank is also active in student housing, mainly in construction loans, looking at top universities and those that have staying power with large research grants.

“We feel really comfortable that, in two to three years from now, when those properties deliver, students will be back in school,” Khanna said. “We’re also looking at opportunities in life sciences.”

Cunningham then turned to Campbell Smith, managing director and business unit leader for Trammell Crow Company’s mid-Atlantic office, who she noted was “outnumbered” by the lenders during the webinar. She asked him how the company’s portfolio was faring and what he was hearing from tenants.

“We’ve, thankfully, done very well — better than we could have hoped — and a lot of that is because we’re big believers of diversification across product types, which I think has been particularly important in this downturn,” Smith said. “Early on, we were scrambling. We had a couple of life and death questions like, ‘Is construction going to be allowed in D.C.?’ And, thankfully, it was — it never stopped. But then, it was, ‘Can our workers be safe on the construction site?’ — and we had to trace back all through the supply chain to make sure that materials were going to get there.”

While there was a lot of scrambling, Smith credits the government stimulus and the cooperative lending environment with making it all possible.

“Now, our eyes are very much on the future, looking at how we can start new projects and get them financed,” Smith said. “We think of our business in near-term opportunities, mid-term and long-term opportunities, and we’re chasing deals in all sectors, because you never really know when something is going to turn back around. In the near term, the winner by a long shot is industrial, and the demand has been turbocharged by e-commerce.”

The webinar also included discussions on how the companies are approaching deals today; what their focus will be going into 2021; and Washington, D.C., historically being recession resilient.