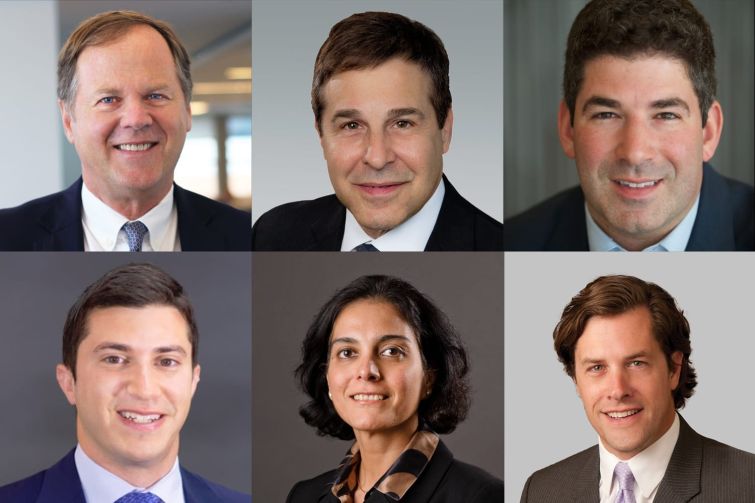 The pandemic is a black swan event far different from any garden-variety recession or tenant bubble, in that, it has the potential to permanently change living and working patterns enough to have a lasting impact on real estate, according to David Webb, a vice chairman at CBRE.

He made the comment while moderating the webinar, “Monitoring the Market: A Deep Dive Look at Activity in the Debt & Equity Markets,” which was part of Commercial Observer’s fourth annual Financing Commercial Real Estate Forum (Washington, D.C.) on Nov. 17.

A panel of real estate experts weighed in on Webb’s eye-opening statement, discussing what they see as the potential permanent changes that will come about due to what COVID has brought forward.

Doug Faron, first vice president of investments for CIM Group, noted it was important to break down the reactions to the pandemic for both the short- and long-term.

“There has definitely been a move to the suburbs; there’s been a need for more office space per person; there’s been a focus on air filtration systems in buildings … these are the near-term things to tackle,” Faron said. “As for the lasting things, I think what this pandemic has done is really accelerated a lot of trends that we had seen before.”

For instance, he said, it has rapidly accelerated the migration to both lower-tax, higher-quality life and lower-cost living.

“We were seeing a significant migration out of cities,” he said. “The average millennial is about 30 years old today. They got married later in life. They had kids later in life. But, now, as they have progressed in their age, they want better schools; they want more space; and they eventually move out to the suburbs. That was happening prior to the pandemic and, like everything with this pandemic, it has only accelerated significantly since then.”

Webb asked Morgan how the need for more people working out of their apartments has impacted the landscape.

“Fortunately, we buy exclusively suburban, garden-style properties that were built between the 1960s and the early 2000s; micro-units weren’t a thing,” Morgan said. “Today, everyone’s building for smaller and smaller and smaller units, and that really doesn’t work anymore. It worked when people were going to be out in their offices and using the amenity space; but, now, people are in a home office and need a dedicated workspace, and that doesn’t really cater well to a lot of the new construction we are seeing.”

Gary E. Block, partner and chief investment officer of The Meridian Group, agreed that there’s an increased demand in the suburbs, though the shift is really only in the suburban markets that feel like an urban core, such as Tysons, Va.

He believes that the real estate industry will come out of the pandemic with more innovation and technology.

“Pre-pandemic, the focus was on tenant experience from a place-making standpoint and enjoy-work standpoint. I think, now, the tenant experience focus is going to be much more on using technology to create smart and healthy buildings,” Block said. “We believe that the innovation and technological elements that are woven into the fabric of the buildings will create a demand and long-term value.”

Changing things to the lending perspective, Sadhvi Subramanian, commercial real estate market manager for the mid-Atlantic region and Boston for Capital One Bank, said she feels central business district offices will come back.

“Yes, office rent rates have gone up with the suburbs and gone down by a lot more on the CBD, but I think CBD will come back,” she said. “As far as multifamily goes, I do agree with Jason that the trend has accelerated with more people moving out, and I do think younger people continue to want to live in a walkable area with lots of amenities.”

To wrap up the original question, Drew White, senior managing director of Berkadia, agreed with what everyone had said, noting that people are moving to the suburbs looking for space and value. He also echoed Block’s point that technology and innovation will be extremely important going forward.

“I walked a new, Class A building in downtown Washington last week, and the developer was pointing out all of the cell-strengthening boosters up and down the hallways, because he knows when tenants walk in the building, they don’t look at the unit — they look at their phone, and if their phone does not work in that unit, they won’t look inside the unit,” White said.

“It’s also kind of changed and morphed to the delivery of amenity space,” he added. “We bought some units this past month where a new business center was actually small cubes and they had standup desks, and it was literally a place for people to get out of their unit and go work somewhere besides their own home.”

In terms of deals, 42 properties built before 2000 have traded year to date in the D.C. area, White said. These properties were worth $2.4 billion total. Another 13 newer properties worth $1.3 billion have also traded. That’s down about 50 percent compared to last year.

Morgan then talked about another interesting transaction that his firm was involved in: a $323 million portfolio throughout North Carolina and South Carolina.

Moderator Webb then asked Block if he was looking for distressed opportunities, and what he was seeing out there.

“We have some land in Tysons that we’re continuing to develop residential, and we’ve been offered really incredibly high pricing since COVID from home builders who want that land, and we’re looking at that versus developing ourselves,” Block said. “As far as the office side goes, we are looking for distress opportunities, and they’re hard, because the bid ask between the seller and the buyer isn’t really there yet, and so you’re finding it difficult for purchases and sales to be accomplished on a distress basis.”

Other topics covered in the webinar included savvy credit risks, the difference in the kind of deals people want to see in the D.C. area, and the obvious Amazon effect.