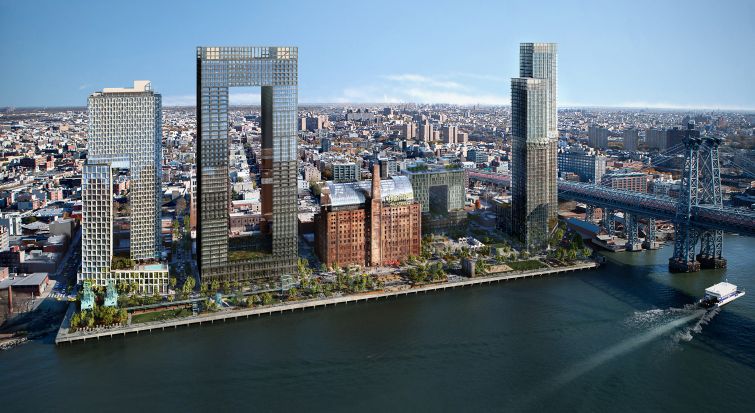 The developer signed a total of 16,690 square feet over the past three months in Brooklyn as companies look to open up offices closer to their workforces or ditch shared coworking spaces.

“A lot of it is being driven by where the principals live,” said Alyssa Zahler, director of leasing for Two Trees. “A couple of these people are like, ‘Well I just moved to Brooklyn and now [the coronavirus pandemic] is going on, I don’t want to have to schlep back into Manhattan.’

The sense of urgency to live and work within a walkable or bike-able distance just increased for some people,” Zahler added.

The majority of Two Trees’ deals have been on the smaller end — with the average lease being 1,207 square feet, and it signed one for only 300 square feet — and the developer has offered more flexible terms to help lure tenants away from coworking spots, Zahler said.

“I would say we were already going in that direction,” Zahler said about offering flexible lengths for tenants. “But I think most owners have realized for quite some time that the term lengths were really crucial for these tenants.”

Of the deals signed, 11 were throughout Two Trees’ Dumbo portfolio (where it recently inked a lease with famed craft beer producer Evil Twin Brewery to open a second taproom) and two were in its recently completed Williamsburg development Ten Grand Street. Only two of the tenants were previously located in Brooklyn before. Companies include technology recruitment company X4, spirit investor Casa Komos Beverage Group and online shoe purveyor Lust for Life.

Brokers previously told Commercial Observer that some firms have started to look toward Brooklyn instead of Manhattan in the wake of the pandemic to bring workers closer to their workforce and save money during a recession, but the deals were slow to come.

The borough faced an “especially quiet” second quarter for office leasing but things started to pick up in the third quarter of this year with several deals over 20,000 square feet signed, including Amazon’s 40,000-square-foot deal at 25 Kent, according to a report by Newmark Knight Frank. However, the office leasing last quarter was still 54 percent less than its five-year average in the borough, according to CBRE.

For Two Trees’ recent spurt of deals, only one was in discussions pre-pandemic and interest from potential tenants has been steady, Zahler said. Zahler added that the developer has worked to be “nimble” during this time and get deals closed as quickly as possible.