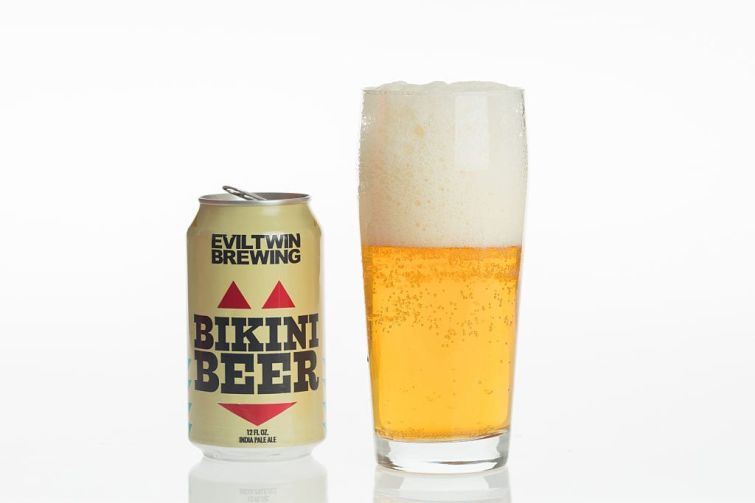 Evil Twin signed a 10-year deal for 1,950 square feet on the ground floor of Two Trees’ 45 Main Street, between Front and Water streets, according to the landlord. The brewery plans to open the taproom in early 2021, and Evil Twin will also run a coffee shop inside via Bushwick roaster Sey Coffee. A spokeswoman for Two Trees declined to provide the asking rent.

“Evil Twin brewing is one of the most talked-about brewing experiences in the city,” Jed Walentas, a principal of Two Trees, said in a statement. “As part of our ongoing goal to support independent businesses, we are always looking to partner with local retailers and food purveyors like Evil Twin who will contribute to the unique and eclectic atmosphere of Dumbo.”

Danish-born Jeppe Jarnit-Bjergsø founded Evil Twin in 2010 as a nomadic brewer, renting out space in other breweries to produce his suds, until he put down roots in 2019, opening a brewery and taproom inside a former ballroom at 1616 George Street in Ridgewood, Queens.

The brewery became known for its unique recipes — with one beer made with fried chicken — and long beer names like “Lately My Wardrobe Has Shifted to Mostly Pajamas and Occasionally Sweatpants.”

“We’re excited to expand to the vibrant Dumbo neighborhood to serve our favorite beers and amazing coffee from Sey to more folks across New York City,” Jarnit-Bjergsø said in a statement. “Our second location at 45 Main Street will bring our one-of-a-kind experience and tastes to visitors and be a local spot for those that work and live in the area.”

Jarnit-Bjergsø has a twin brother, Mikkel Borg Bjergsø, who also owns a brewery, the famed Copenhagen-based Mikkeller, which opened a location at Citi Field in 2018.

The pair reportedly do not get along and have barely spoken in nearly a decade, yet still opened outposts in Queens right around the same time, according to the New York Times.

“New York City has historically been home to some of the best brewers in the country and we have seen a huge resurgence in cult and craft brewers in Brooklyn and the City at large in the 21st century,” Beard said in a statement. “Evil Twin has rightfully made a name for themselves as one of the best in the business and we look forward to the opening of their second taproom thus providing another venue to showcase their unique take on what craft brewing can be.”

The Evil Twin lease marks the second brewery Two Trees has signed a deal with recently in Brooklyn. Last year, the developer inked a lease with Carroll Gardens-based Other Half Brewing Company to open a location at its Domino Sugar Factory redevelopment in Williamsburg.

Beer production dried up around Brooklyn in the 1970s, but has staged a comeback in recent years, and now boasts nearly three dozen breweries, according to trade group the Brewers Association.