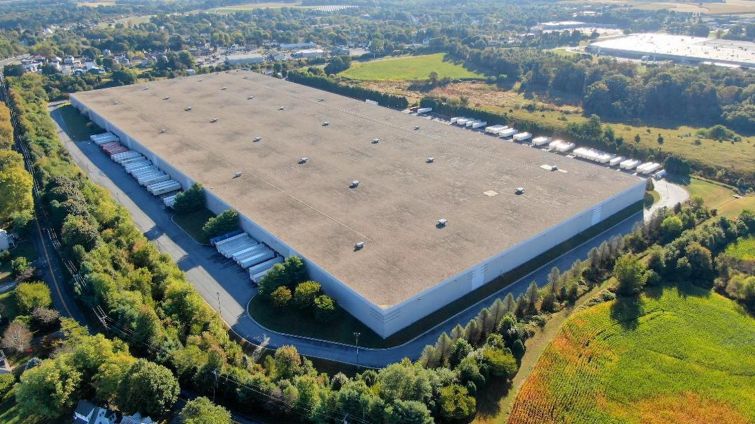 Amazon has opened a new 300,000-square-foot sorting center in Aberdeen, Md., signing a lease with landlord Hartz Mountain Industries, as the tech giant expands its growing operation throughout the state.

Located at 913 Old Philadelphia Road, just north of Baltimore in Harford County, Amazon’s new facility is the third sorting center in Maryland, and is being used to sort packages before they are transferred to a delivery station or last-mile delivery partner.

“Logistics and distribution centers are a growing and crucial part of our local economy,” Barry Glassman, county executive for Harford County, said in a statement. “We are excited to have a global company like Amazon making substantial capital investments and creating jobs in our community.”

The building once served as the distribution center for Pier 1 Imports, which closed both its Old Philadelphia Road and Old Post Road facilities pre-pandemic.

In August, Amazon opened a one million-square-foot fulfillment center at Tradepoint Atlantic, just east of Baltimore, adding an 855,000-square-foot warehouse to the property.

And it’s not just Amazon taking advantage of the area’s rich industrial market.

“Demand has been spurred by Amazon’s appetite for warehouse and other e-commerce tenants,” Tom Whelan, a principal at Lee & Associates, told Commercial Observer.

The firm’s report also revealed a net absorption of more than 1.6 million square feet of industrial/warehouse space during the last quarter, resulting in a current vacancy rate of 6.8 percent. Additionally, more than 3.3 million square feet of such space is presently under construction locally to fuel the rising demand of industrial/warehouse space currently required by end-users.

“People flock to the Baltimore-Washington area for the jobs,” Whelan said. “Being the seat of the national government, good-paying jobs are readily available. Companies come to this area to feed off of the government, service those people with good-paying jobs, and provide goods to the people that have disposable income.”

A great deal of demand has come about due to the ongoing COVID-19 pandemic, which has created a need for warehouse, logistics and last-mile delivery operations, as consumers continue to bypass retail stores in lieu of online buying.

“This national trend, which has been steadily growing for the past decade, significantly accelerated in 2020, and the densely populated Baltimore-Washington metropolitan remains an attractive location for this real estate product,” Whalen said. “We see no let-up in the immediate future for this category, as evidenced by the continued speculative development activity that is occurring.”

“Regionally, the warehouse/industrial market remains in the single-digit vacancy range, and new speculative product continues to rise in response to the seemingly endless appetite of corporate end-users,” Allan Riorda, principal of Lee & Associates | Maryland, who represented Imperfect Foods in its lease, told CO. He cited pandemic-driven demand for home delivery as the main reason for this appetite.

“Significant tenant demand has been offset by Pier 1’s decision to depart from a 600,000-square-foot building in Aberdeen, a project that we expect to backfill quickly,” Whelan said. “As supply continues to tighten throughout the region, we are seeing some companies leasing space in advance of specific requirements to assure its availability and avoid being shut out.”