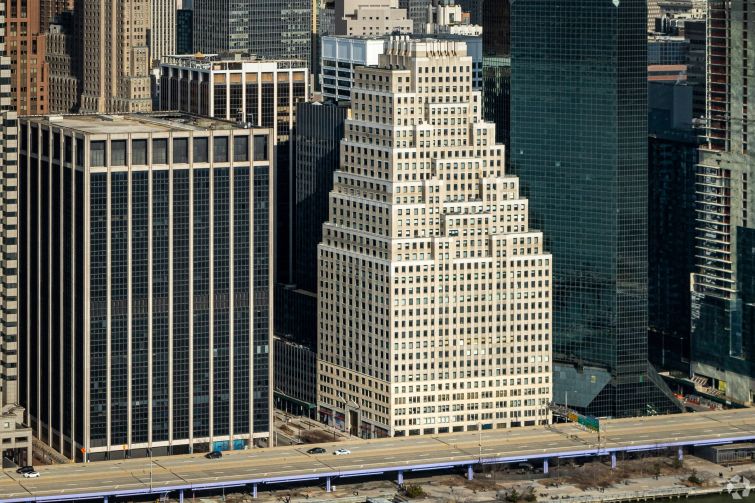 Wells Fargo, JP Morgan Chase and Citigroup have teamed up to provide a $165 million commercial mortgage-backed securities (CMBS) loan to refinance Silverstein Properties’ office building at 120 Wall Street in Manhattan, as per city mortgage records and ratings agency analysis of the transaction.

The 10-year, interest-only financing — which was originated on October 1 — carries a rate of 3.2 percent. It retired about $135 million in existing debt, funded upfront reserves and closing costs and returned roughly $20.8 million of equity to Silverstein, as per Fitch Ratings’ analysis of the transaction. The lenders’ underwritten value of the asset was set at $285 million, indicating a loan-to-value of just under 58 percent, as per Fitch.

JP Morgan and Citi each provided $35 million of the $165 million refinance, and that $70 million total will be securitized in the roughly $903.5 million BMARK 2020-B20 CMBS transaction. Wells Fargo provided the remaining $95 million, which has yet to be securitized but will be contributed to one or more future CMBS deals, per city records and Fitch analysis. The old debt that’s been refinanced was previously securitized in the Morgan Stanley-led MSBAM 2014-C14 CMBS deal and was set to mature this coming January.

Commercial Mortgage Alert reported in June that Silverstein was seeking a refinancing on the property and that Ackman-Ziff Real Estate Group had been tapped to arranged the financing.

Built in 1929, 120 Wall Street is a 35-story, 668,000-square-foot office building located between South and Front Streets along the East River waterfront in the Financial District, just a couple blocks away from the Wall Street subway stop.

A mainstay in Silverstein’s New York office portfolio, the firm has owned the asset since 1980 and has deployed around $11 million since 2012 to improve the property, including $4.5 million for a lobby renovation, $3.6 million to relocate service equipment and $3.4 million to modernize the elevators, according to Fitch. It received LEED Gold status this year as well. While Silverstein owns the building, it has leased the ground from the Empire State Development Corporation until the end of 2032, as per Fitch.

The office tower was just over 95 percent occupied as of the end of August, per Fitch, and is home to a wide variety of tenants. The largest occupant is “creative agency” and advertising consultancy Droga5 — a subsidiary of Accenture Interactive — which has leased about 132,000 square feet, or around 30 percent of net rentable area (NRA), across seven floors in the building through May 2029, according data from CoStar Group; no other tenant occupies more than 8.2 percent of space, per Fitch, which highlighted its diverse rent roll as one of the asset’s positives.

Still, the property is sporting rents remarkably below market rate, and its tenant rollover risk is substantial. Its average in-place rent is $41 per square foot, which is about $23 below the appraised estimated market rent and 30 percent under Reis’ second quarter asking rents of just over $61 per square foot for the FiDi east submarket, as per Fitch analysis. With that, nearly 94 percent of its NRA is facing expiration during the life of the mortgage, with the largest bundle of lease expirations set for 2027 and 2029, when its largest tenant is scheduled to depart, barring any potential changes or renewals.

Despite the potential rollover risk, COVID-19 disruptions and questions surrounding the office leasing market in New York, the property is still going strong. Silverstein collected 95 percent and 92 percent of rents in July and August, respectively, and only four of the property’s 35 tenants, or nearly 13 percent of its rentable space, have reached out in search of rent relief.

Silverstein has been able to ride some recent leasing momentum at the location as well, as it has inked multiple commitments this year. In February, new wellness chain Hydra Studios, which offers napping suites, showers and meditation rooms, signed on to open its first standalone location within a ground floor space at 120 Wall Street. And in August, social justice nonprofit Nathan Cummings Foundation sealed a 12-year lease to take 13,751 square feet across the entire 26th floor, as CO previously reported. This activity comes as no surprise given that the property has maintained an occupancy level above 92 percent since 2013.

This story was updated to reflect that Wells Fargo was the provider of the $95 million in debt that has yet to be securitized.