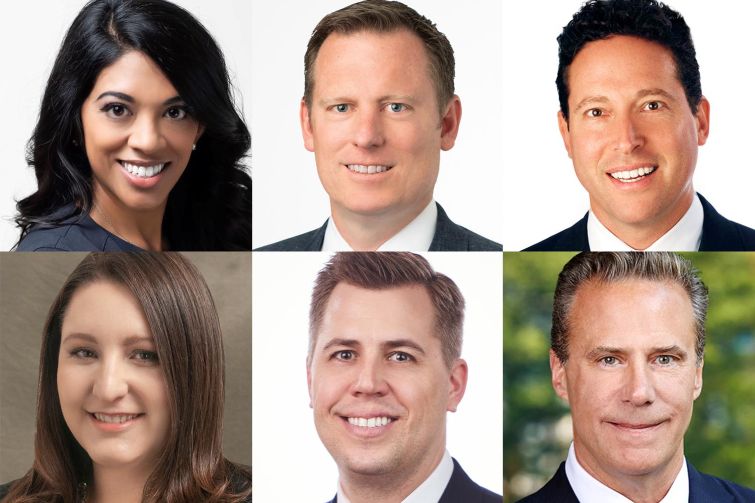 The COVID-19 pandemic and the global crisis it helped create has “laid bare the pace of change,” Trimont Real Estate Advisors CEO Brian Ward said during a virtual panel discussion as part of Commercial Observer’s Fifth Annual Fall Financing Commercial Real Estate Forum held on Oct. 22. “I view this time as a great accelerator of [that].”

With that comes obvious ebbs and flows in how the capital markets react to the disruption.

In six of the last nine months, it has been “very hard to tell what [loan] pricing was at all” in the market, Blackstone Mortgage Trust president Katie Keenan said. “Any transaction that was happening had some element of distress or dislocation. For those that didn’t, buyers and sellers and lenders and borrowers went to the sidelines.”

But for the asset classes that can be considered more resilient in the time of COVID, such as multifamily and industrial, Keenan said that since Labor Day, when the pipeline rebounded, “there’s been a relative lack of change to the all-in coupon [return] in pricing,” due to somewhat lower rates and wider spreads.

Cushman & Wakefield’s Dave Karson concurred, saying that pricing for industrial is now actually “much tighter” than pre-COVID-19. He highlighted a recent C&W deal where the firm arranged a five-year financing on a property with a 10-year Amazon lease that was at a rate of 1.49 percent — 60 or 70 basis points inside of what you would’ve found in the market prior to the pandemic, he said.

Ward, Keenan and Karson spoke alongside Artemis Real Estate Partners managing director Anar Chudgar and KKR managing director Joel Traut as part of a five-person panel titled “Monitoring the Market: A Deep Dive Into Activity in the Debt & Equity Markets,” the first of four panels that made up CO’s forum. Daniel Evans, a partner at Seyfarth Shaw and co-chair of its real estate finance practice, moderated the panel.

Traut highlighted the huge “yearn for yield” that the market is exhibiting, pointing to the lackluster yield figures in the global bond market as evidence.

“People that have capital and want to put it to work are going to find places to do it, but it’s bifurcated between assets that can generate upfront cash flow and compound that cash flow and then assets where there’s a bit more of an opaque future or difficult underwriting parameters,” Traut said. “People are waiting to see some proof points on the demand side or see price come back to feel comfortable enough to come off the sidelines.”

In the middle market, Chudgar said pricing has shifted, but that Artemis is seeing some high-net-worth individuals opening the gates to sell. They’re willing to offload assets because there could soon be a new administration in the White House and with it, a new regulatory landscape.

Still, Ward said it’s too early to tell on pricing and that Trimont is skeptical that the market’s already reached bottom. He said the signs still point to “a lot more risk still in the marketplace,” that it’ll be “interesting to see how pricing responds to that” and that 2021 could provide material challenges compared to this year.

This raises a question of where opportunity can be found.

Nightingale Properties’ director of acquisitions Will Hutton said it’s about riding a “historically low interest rate environment” to take advantage of the current “risk/reward imbalance” that has cropped up.

Hutton discussed the subject of identifying opportunities as part of a separate five-person panel titled “Now What: An Inside Look at Industry Performance from Top Industry Participants with Their Ears to the Ground,” the second panel at CO’s Fall Finance Forum.

Staring down dark headlines pointing to the demise of New York’s real estate as a result of the pandemic, Burger, as an owner and developer, said he’s a “true believer” in offices continuing on in a “net-net, same-use mode,” with changes in how space will be utilized seen as a positive.

“People will just use their space differently,” Burger said. “People with efficient space will need to take more to create more open space; some will find they won’t need everyone in the office and others won’t be able to give up as much space as they initially thought they would because they need a landing place for people.”

Jones posed the question to Tanna of whether the COVID-19 impact is a cyclical phenomenon, quipping a phrase that if “a cyclical change is long enough, it’s indistinguishable from a secular change… is there a time after [COVID-19]?”

Tanna said the answer is clear by asset class: Hospitality would be somewhat more “cyclical,” and, in office, the secular trends were already present, with the growing trend of remote work that existed prior to the pandemic. That trend has accelerated, but the use of space will change; more space will more likely be needed, and the trends will balance themselves out. Tanna added that in Basis’ portfolio, physical occupancy is much higher in secondary cities where public transit is not as prevalent a need as in major urban centers and that collections have remained in the upper 90 percent range.

Taking into account the underlying strengths and relatively positive — or passable — outlook for office, that leads to a question of whether there are no bad assets but just bad pricing, Jones said, asking if we’ll see a massive repricing wave that will “echo through our real estate world for a decade.”

Subramanian said it depends on the product type.

“March to June and July, everything was at a standstill and pricing was at the 350-400 range for the majority of asset types, with floors ranging from zero to 100 basis points,” she said. “We’re seeing the floors going away. In industrial and stabilized multifamily, we’re seeing the pricing getting compressed. In other products that are popular, like data [centers] and self storage, they get good pricing in the market. Office, it depends on where the property is, the lease expirations and the tenant mix … and sponsorship. Retail and hospitality will be stressed for a while, until the vaccine is there and things start coming back.”

Stolly oversees a debt and equity advisory group that has arranged financing on many high-profile hotel properties over the last three years. “We’ve already seen price adjustments that are pretty meaningful in hospitality,” he said. “If hotels were levered at 65 or 70 percent pre-COVID, the equity is effectively gone for the most part, driven by the lenders’ immediate repricing in hospitality.”

In other areas, Stolly added that “people still don’t know how to underwrite retail. Office [in core markets], there hasn’t been a run for the exits and reduction in pricing because there hasn’t been a resetting of rents in the major MSAs. There are good weighted average lease terms for credit tenants so we haven’t seen a repricing of that.”

The situation’s a lot clearer in two other sectors, Stolly said. “Industrial and multifamily are white hot right now,” he said, “and they have increased the price, if anything, and that’s been exacerbated by the fact that the likes of Amazon can’t get enough distribution space and are taking as much as they can.”

Stolly said that the cost of debt is driving activity in multifamily. That debt, he said, can be had at “65 to 70 percent leverage at 2.5 percent. If you’re buying at a 5 cap rate, that’s an unprecedented spread and we’d expect continued cap rate compression [in that area].”