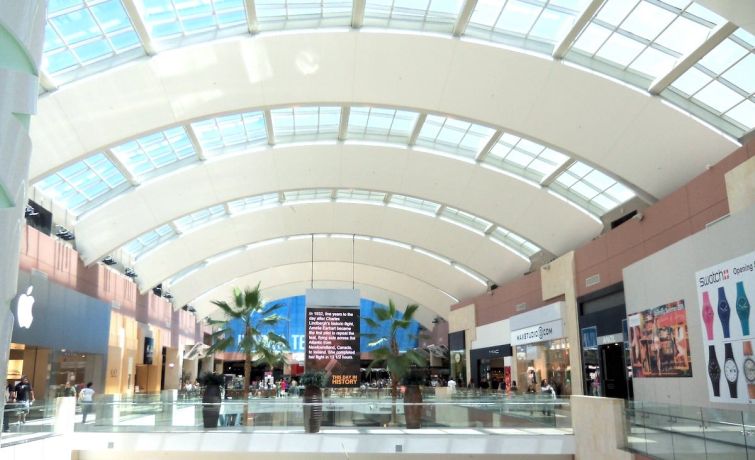 Just weeks after owners of the Del Amo Fashion Center sued Los Angeles County over the coronavirus-related closures of indoor shopping, Westfield has filed its own lawsuit demanding that its retail centers be allowed to reopen, according to City News Service.

Unibail-Rodamco-Westfield — which is the largest operator of indoor malls in the region with centers in Century City, Culver City, Sherman Oaks, Valencia and around the area — argues they are safe to operate, and that there is “absolutely no public health justification” for continued closures. The “arbitrary closure of indoor malls” has caused and will continue to cause “substantial harms” to operators, their employees, the community and retailers throughout the county, the lawsuit argues.

Earlier this month, URW urged the county to reopen indoor malls in a letter to the county Board of Supervisors, and the owner of a small sports apparel chain and the Del Amo Fashion Center in Torrance filed a lawsuit against the county for giving an advantage to larger chain outlets like Walgreens, Target and Walmart, which have been allowed to stay open because they also sell groceries and food.

“We and many other small businesses need our stores open in order to survive,” said Daisy Rivas, who owns a Pro Image Sports franchise within the Del Amo Fashion Center. “I’d like to know how they believe it’s safe to shop at a big-box retailer or get a haircut, but I’m prevented from serving my customers and earning a living.”

Malls are allowed to reopen with 25 percent capacity in California, but the county exercised its power to enact stricter restrictions than the state on indoor shopping centers, bars, card rooms and family entertainment locations. About two weeks ago, county officials said they were not changing restrictions on reopening until after they can assess how the Labor Day weekend impacted the rate of coronavirus cases.

The closures have been devastating for the retail sector. In July, Commercial Observer reported that Westfield sued Gap over $10 million of missed rent payments for stores around the country. Sandy Sigal, CEO of NewMark Merrill Companies, which owns and manages more than 50 shopping centers and retail properties in California, told CO that he expects more permanent closures, and that a lot of tenants are probably “at the end of the rope,” and in “desperate need of further stimulus support.”