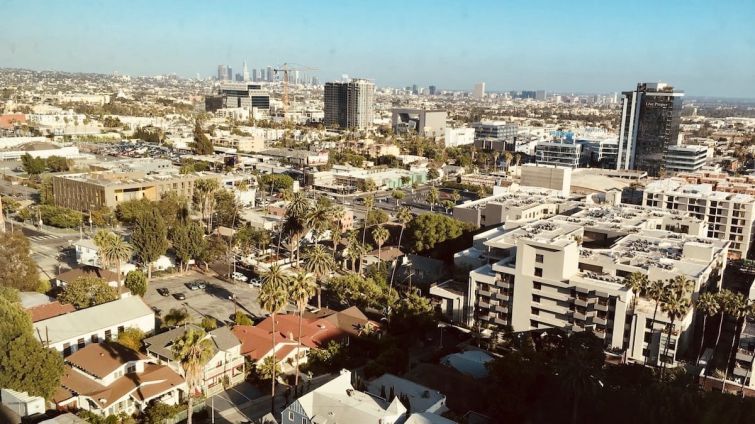 Effectively extending and modifying stay-at-home orders, Newsom said the new system is “stringent and slow,” focused on living with coronavirus for the long haul.

The state will regulate the new framework, rather than depending on “local determination” and the self-attestation model that Newsom and the state established earlier this year, which allowed for the failed attempts at ropening around the state a few months ago. Major counties like Los Angeles reclosed rapidly after a new spike in cases started surging before the Fourth of July, and officials were criticized for rushing to open too quickly.

Four color-coded “tiers” — rather than the previous four “phases” — are the base of the stricter and more extensive plan. Most notably, the new system mandates that counties spend at least 21 days on each tier before advancing to the next tier. The system focuses on the number of cases per 100,000 residents and the percentage of positive tests.

On Sunday, L.A. County Department of Public Health announced 1,030 new cases of coronavirus and 10 new deaths. To date, 240,749 positive cases have been identified in L.A. County, with 5,769 deaths.

The four tiers are purple for “widespread,” red for “substantial,” orange for “moderate” and yellow for “minimal,” to indicate how a list of business sectors can operate. Most of the state, including L.A., are starting in the purple tier, which means businesses like restaurants can only operate outdoors. In the red tier, restaurants can operate at 25 percent capacity indoors or 100 people, whichever is fewer.

Although the state revised the list of activities allowed in tier 1 to include hair salons for indoor services and indoor shopping centers and retail establishments, L.A. County officials said they are not allowing those businesses to reopen yet.

“Currently, we are in tier 1 with widespread community transmission and an average of about 13 new cases a day per 100,000 residents,” said Public Health Director Dr. Barbara Ferrer. “This tier carries the most restrictions for the reopening of many sectors. To demonstrate reduced spread of the virus and move to tier 2, we need to reduce our transmission rate to seven new cases a day per 100,000 residents.”

Each Tuesday, California will update each county’s data for the previous week and make corresponding changes to tiers. In order to move into a less restrictive tier, a county must meet that tier’s criteria for two straight weeks.

Newsom said the new system also includes a fresh process for reclosing again quickly when conditions worsen. The plan also includes an “emergency brake” where the state can intervene more immediately for issues like a potential spike in hospitalizations.

Until an effective vaccine is distributed, Californians will be instructed to wear a mask whenever they’re with people outside their home. L.A. County officials said gatherings and parties of any type are not allowed, including at the beach or park.