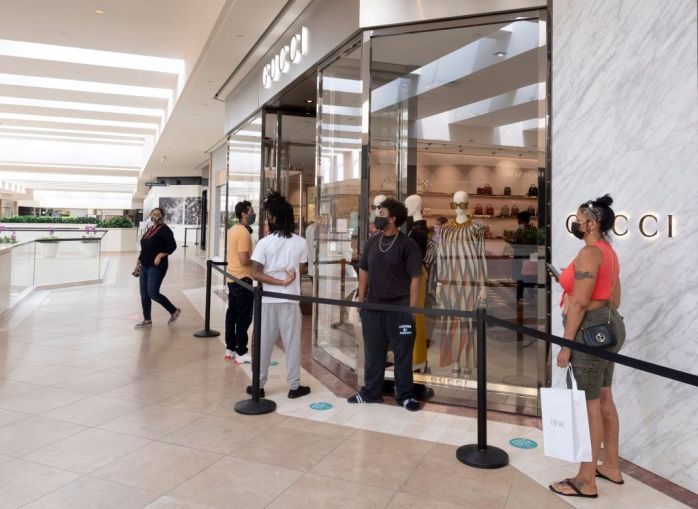 Retail sales in the United States grew in August for the fourth month in a row, rebounding from historic drops due to the coronavirus pandemic, but growth started to slow in the same month as increased unemployment benefits ran out while a second stimulus package stalled in Congress.

However, August had the lowest percentage increase since retail sales started to improve in May after seeing record-setting losses in March and April. May had a 17.7 percent spike compared to April; June jumped by 7.5 percent compared to May; and the revised numbers show July had a 0.9 percent increase from July, according to the Census Bureau.

August’s paltry 0.6 percent increase comes after the extra $600 per week jobless benefit for millions who became unemployed during the pandemic ran out at the end of July. Last month, President Donald Trump issued an executive order to supplement state unemployment benefits with $300 a week for six weeks, but hundreds of thousands of workers won’t get any of the extra funds, CNBC reported.

Meanwhile, a GOP-backed second stimulus package failed in the Senate last week after Democrats voted against it, arguing it did not adequately meet the needs of Americans struggling during the pandemic, the New York Times reported.

Retail has been battered during the pandemic, as emergency measures to slow the spread of the virus forced most stores to temporarily close in mid-March. Dozens of retailers have filed for bankruptcy in recent months — including J.Crew, Brooks Brothers and Neiman Marcus — while others like Pier 1 Imports and Lord & Taylor announced they were going out of business.

For August’s retail sales, furniture and home furnishing stores saw the biggest jump from July, a 2.1 percent increase, followed by building materials and garden equipment dealers, which had a 2 percent increase, according to the Census.

The largest decrease in sales from July to August came from sporting goods, hobby, musical instruments and book stores, which had a 5.7 percent decrease. However, sales for that type of business were still up 11.1 percent compared to August 2019, the Census found.