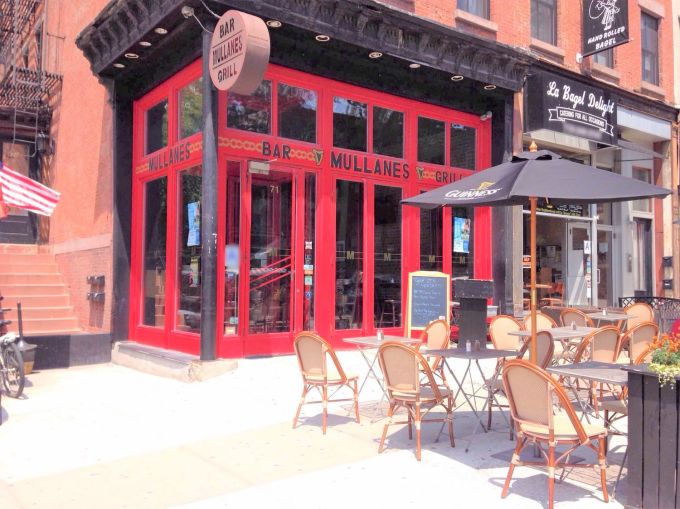 The team behind the popular French-American bistro Endswell plans to open a new pub nearby in Fort Greene, Brooklyn, Commercial Observer has learned.

The group signed a 10-year deal for 3,200 square feet at 71 Lafayette Avenue between South Elliott Place and South Portland Avenue, according to broker All Points Real Estate’s James Monteleone.

It will take over the former Irish pub Mullanes Bar and Grill. The space has 1,600 square feet on the ground level along with a 1,600-square-foot lower level with a kitchen. Asking rent was $14,000 per month.

Jason Burelle, who’s opening the as-yet unnamed spot with Thai Le and Daniel Weinstein, said they plan to revamp the sports and Irish pub theme in the spot with an emphasis on “modern-day riffs on classic cocktails” along with pub fare.

“We’re revamping it, giving it a fresh new kind of look and feel, but still keeping that essence,” Burelle said. “We do have a legacy, with the Barclays Center, of having a heavy sports influence. It will bring back the glory of the Brooklyn pub.”

Burelle and Le opened Endswell at 773 Fulton Street last year and for the new venture brought on Endswell’s general manager Weinstein as a partner. The trio plan to open the new spot next March.

Despite the coronavirus pandemic wreaking havoc on the restaurant industry, Burelle said the team was committed to the neighborhood they all live in.

“We believe in the neighborhood,” Burelle said. “We’ve seen too many empty storefronts in our neighborhoods and we wanted to resurrect a place that definitely still has a lot of heart.”

Monteleone represented both the tenant and the landlord, Vincent David, in the lease.

“This is truly a prime corner location in Fort Greene with incredible exposure,” Monteleone said in a statement. “I’m seeing tremendous interest in restaurant leasing now, especially with restrictions gradually being lifted. It’s great to play a role in helping this once vibrant industry back on its feet.”