Wave of foreclosures expected in hotel and hospitality industry 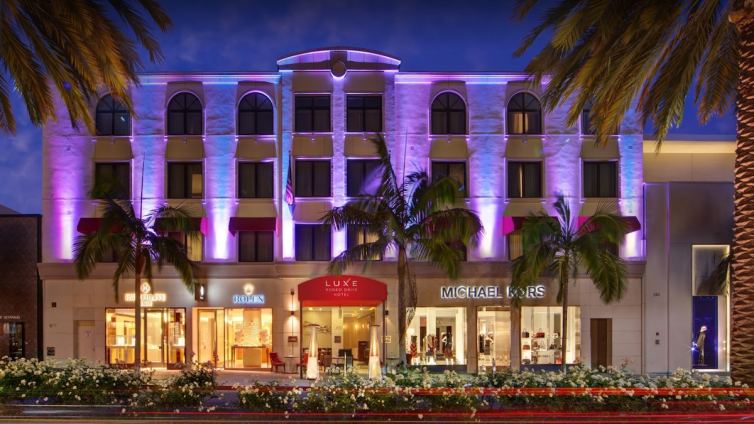 The high-end Luxe Rodeo Drive in Beverly Hills has been closed due to financial troubles caused by the coronavirus shutdowns, according to reports.

The closure is a significant blow illustrating the continued struggles facing the hotel industry amid a global pandemic. The Los Angeles Times reported the closure, and said industry experts worry more are coming considering the inflated loan delinquency rate for hotel borrowers.

Efrem Harkham owns the luxury hotel at 360 North Rodeo Drive. He acquired the property in 1995, property records show. Jefferies Loancore provided $38 million for the hotel in June 2017, according to financing records. That loan matures in 2027. According to Trepp, nearly 60 hotels in Los Angeles and Orange counties are late on their loan payments by more than 30 days.

The leisure and hospitality sector in California posted the state’s largest employment losses in August, and the industry is still missing 633,000 jobs compared to last year in the state. The pandemic has wrecked plans for vacationing, tourism, business trips and major events like conventions and festivals that drive demand for hotels, a trend likely to continue into 2021.

Nareit US Real Estate Index Series and JLL research recently reported that, due to the pandemic, the lodging and resorts sector nationwide has been the worst-performing by far in terms of total returns after the second quarter. Returns dropped nearly 50 percent compared to the same time in 2019.

Many fear a wave of foreclosures nationwide, and continued difficulties. In New York City, hotel sales dropped 70 percent in the first half of the year, and the 478-room Hilton Times Square in the heart of Manhattan is set to close next month.

Braemar Hotels & Resorts, which has five hotels in California, reported RevPAR for all hotels in its portfolio decreased 91.8 percent during the first part of the year. Ashford Hospitality Trust recently turned over the Embassy Suites in Midtown Manhattan to its lender after it fell behind on payments, according to reports.

Ashford Hospitality, which has 15 hotels in California, said both the hotel industry and the company have been experiencing historically negative performance since March. In the second quarter, Ashford reported comparable total hotel revenue decreased 89.4 percent versus the second quarter 2019. Nearly all of Ashford’s approximately $3.8 billion of property level debt has been in default at some point in the past six months.

Lodging research firms, such as Smith Travel Research and HVS, believe that U.S. hotel industry RevPAR will be down more than 50 percent in 2020 compared to all of 2019.

“While we can control many of our costs, we cannot induce demand,” Ashford said in a statement. “We cannot force the economy to reopen and customers to come back to our hotels. Many of our hotels are still operating at losses and it will likely be many months before we can cover all of our various liabilities with existing cash flow.”