Gains are slowing down, but about 102,000 jobs were added statewide last month 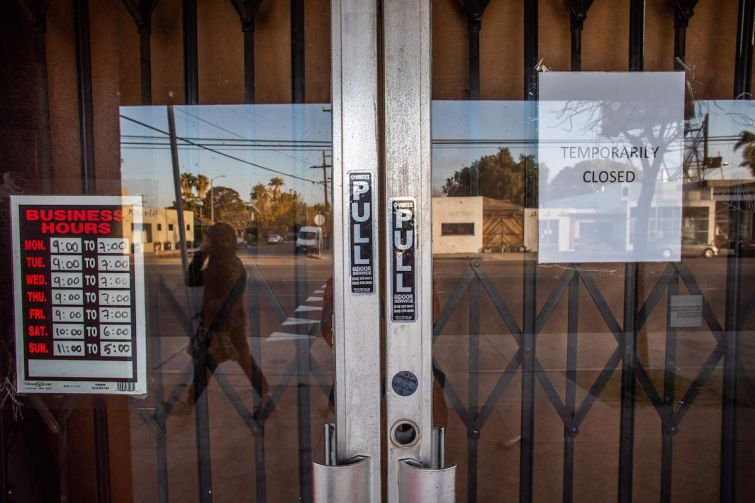 A framing art gallery is closed in Venice Beach in Los Angeles during the pandemic. photo: APU GOMES/AFP via Getty Images

Hiring gains are slowing in California, but the state added 101,900 jobs last month, bringing its unemployment rate down to 11.4 percent, according to data released today by the state Employment Development Department (EDD).

California has regained about one-third of the 2.62 million nonfarm jobs lost during March and April due to the coronavirus pandemic and stay-at-home orders. The 11.4 percent mark is the first time since March that the rate was lower than the 12.3 percent rate during the height of the Great Recession in 2010. In August 2019, the state unemployment rate was at 3.9 percent, when 2.1 million more people held jobs.

Late last month, the state embarked on its new “stringent and slow” system for reopening the economy amid a global pandemic. It’s focused on living with coronavirus for the long haul, and mandates that counties spend at least 21 days on each tier of openings before advancing to the next tier.

The government sector posted the largest jump in jobs due to temporary hiring for the 2020 Census. But that could likely dissolve with the census count ending soon, and cities like Santa Monica and Los Angeles have been cutting hours and laying off employees. Leisure and hospitality posted the largest losses in August, and the industry is still missing 633,000 jobs compared to last year.

L.A. County’s unemployment rate is now at 16.6 percent, an improvement of about 1.6 percent compared to July. Only Imperial County, where the workforce is 1.4 percent the size of L.A.’s, has a higher jobless rate.