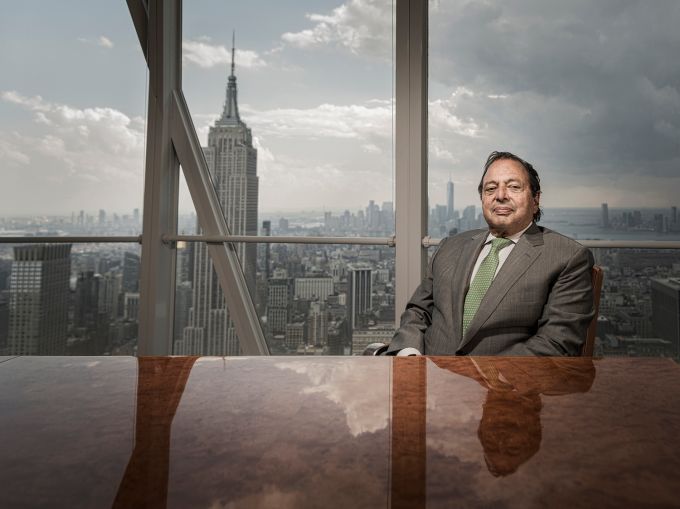 Douglas Durst, head of the family real estate empire the Durst Organization, was nominated to become the next Real Estate Board of New York chairman, the organization announced today.

“Douglas Durst and the Durst Organization have an unparalleled dedication to New York City, and Douglas has an unshakable and immutable faith in this city and its people,” Rudin said in a statement. “It is hard to imagine a more appropriate leader to navigate our industry through these extraordinarily challenging times.”

In a statement about the nomination, Durst said it was “an honor” to be considered for the post and pointed to his family’s long history as a New York City developer.

“The Durst Organization has more than 105 years of history in New York City and has thrived through two World Wars, the Great Depression, the fiscal crises of the 1970s, terrorist attacks, the Great Recession and this is not even our first pandemic — we survived the influenza pandemic of 1918,” Durst said in a statement. “That history and experience leave me uniquely prepared for the opportunity to bring a long-term perspective and optimism to REBNY because, even when New York seems down, it always comes back.”

Durst — who has been a REBNY member for 50 years — took over as chairman of the Durst Organization in 1994 from his father. Since then, the firm has built  4 Times Square, One Bryant Park and the tallest building in Manhattan, One World Trade Center.

REBNY chairs customarily serve a three-year term, and the full board will vote on Durst’s appointment at their October meeting. Rudin will stay on as chair until the end of the year.

Since taking the role as chair in 2018 from Rob Speyer, Rudin launched an effort to increase diversity in commercial real estate and worked to get resources for members during the coronavirus pandemic, according to REBNY.

REBNY faced a series of public losses last year — most notably Albany passing tenant-friendly reforms to the state’s rent-stabilization laws that the real estate industry opposed — and has been faced with a drop in membership dues during the pandemic. In June, REBNY laid off about 10 percent of its staff and decreased the salaries of its executives.