PGIM picks up 40 percent stake and joins partner IAC in the deal, recapitalizing the portfolio at $700.5 million 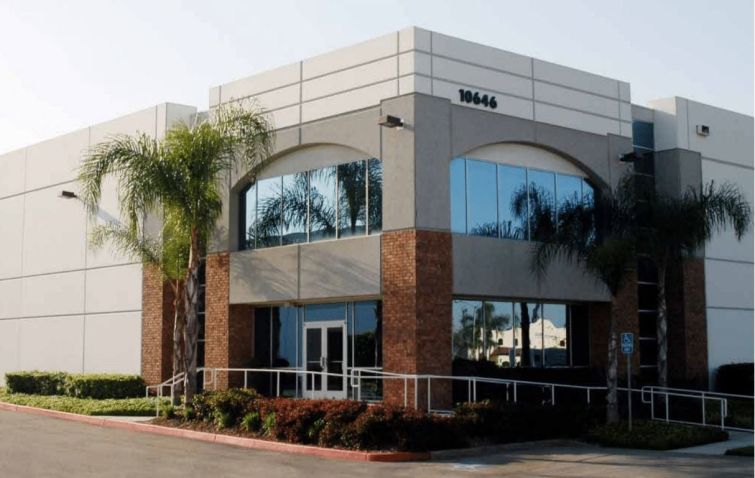 10646-652 Bloomfield Road in Los Angeles, one of 30 properties in the portfolio. Courtesy: PGIM Real Estate

As part of its ongoing industrial real estate expansion, PGIM Real Estate has acquired a 40 percent interest in a 5.4 million-square-foot, 12-complex industrial portfolio valued at roughly $700 million, according to information released by PGIM and advisory firm Cushman & Wakefield (C&W), which arranged the sale and recap.

PGIM was able to acquire the stake in the portfolio through a $700.5 million recapitalization of the interest in a joint venture with partner IAC Properties (International Airport Centers), a subsidiary of Perlmutter Investment Company, according to PGIM and information from C&W. At that valuation, the deal works out to $130 per square foot and at a 4.7 percent cap rate, per C&W.

At 40 percent of the valuation, PGIM’s interest sits at $280 million, and the deal involved an assumption of property-level debt that existed on each asset, sources said.

C&W investment sales heavyweight Adam Spies, along with Josh King and Marcella Fasulo, and in partnership with Jim Carpenter, an executive managing director and the head of C&W’s industrial advisory group, represented IAC in procuring a partner for the firm in order to seal the transaction.

“The smooth execution and closing of this transaction during the depths of the pandemic illustrates the amazing resiliency of the U.S. industrial sector and further underscores its status as the most demanded asset class for global investors,” Carpenter said in a statement.

The portfolio features assets located in and around prime logistics and transportation hubs in Los Angeles, Louisville, Chicago, Seattle and Dallas. This includes three industrial parks in Louisville, with four total buildings; one large complex in Los Angeles that comprises nine buildings; two parks in the Chicago-area that has a combined six buildings; three complexes in the Seattle-area with eight properties; and three separate, single-building assets in the Dallas area, per information from PGIM and C&W.

According to C&W, the portfolio is geared towards e-commerce and distribution, designed “to provide efficient circulation patterns,” and it features abundant car parking and trailer storage. Amazon is the largest tenant within the portfolio, according to Real Estate Alert, which first reported news of the buy.

“Fundamentals in each of the markets across this portfolio were exceptionally strong heading into 2020,” Cathy Marcus, the global COO and head of U.S. equity for PGIM Real Estate, said in a statement. “Despite the near-term impacts of COVID-19, we’re seeing continued growth in the U.S. industrial sector and particularly in these high barrier-to-entry locations. We expect that this portfolio will outperform the national forecast over the long term.”

PGIM added 49 industrial properties, totaling 12.3 million square feet, to its U.S. core real estate fund in the third quarter of 2020, according to the firm. In August, PGIM added to this fund with its $425 million purchase of a eight-property, 15-building industrial portfolio that included assets in Atlanta, Denver, Phoenix and the Dallas-Fort Worth-area.

“COVID-19 crisis has accelerated many of the e-commerce-driven trends that were already in place and that initially made us bullish on the sector,” Frank Garcia, a managing director and senior portfolio manager for PGIM Real Estate’s U.S. core strategy, said in a statement. “Through this acquisition and other large transactions this quarter, we’ve been able to very efficiently deploy capital into the market and have strengthened our commitment to the sector as a result.”