The construction industry continues to struggle, and was one of two industries that posted significant losses last month. 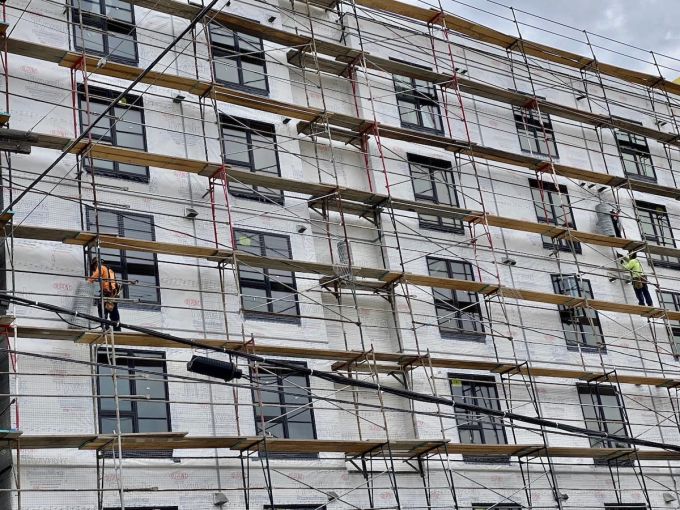 There were 14,800 job losses in the construction industry in July, largely due to weak hiring in residential construction. photo: Gregory Cornfield/Commercial Observer

California workers saw notable gains in July with the addition of about 140,000 nonfarm jobs, according to data released today by the state’s Employment Development Department (EDD).

The unemployment rate fell to 13.3 percent. It was previously at 14.9 percent after a record gain of 542,500 jobs in June, and after record losses from March and April.

California has now regained almost one third, or 31.1 percent, of the more than 2.6 million nonfarm jobs lost during March and April as a direct result of the coronavirus pandemic. The gains further improved on the 16.4 percent jobless rate from April and May, but it is still above the 12.3 percent mark set during the height of the Great Recession.

However, nine of California’s 11 industry sectors gained jobs last month. Trade, transportation and utilities had the largest job gains with 40,900 additions due to the performance of motor vehicle and professional equipment wholesalers, as well as automobile dealers. State government jobs also saw a 36,000 job increase.

Leisure and hospitality was one of the hardest hit sectors, and is still down 619,800 jobs since July 2019, despite adding 5,900 this past month. Manufacturing is also still down more than 98,000 since last year, but added 3,700 jobs this month.

After five months of the pandemic and the historic demand for unemployment benefits, impacted workers have received a total of $67 billion in benefits from EDD, which reports processing a total of 10.6 million claims for benefits over that time. That’s almost triple the number of claims processed in the highest year of the Great Recession, which was 3.8 million claims in 2010.

L.A. County also saw modest gains in July. Its unemployment rate was at 18.2 percent in July after posting a rate of 19.5 in June. Approximately 897,500 workers were still unemployed in L.A. County in July. Only Imperial County had a higher rate of unemployment than L.A. in California.