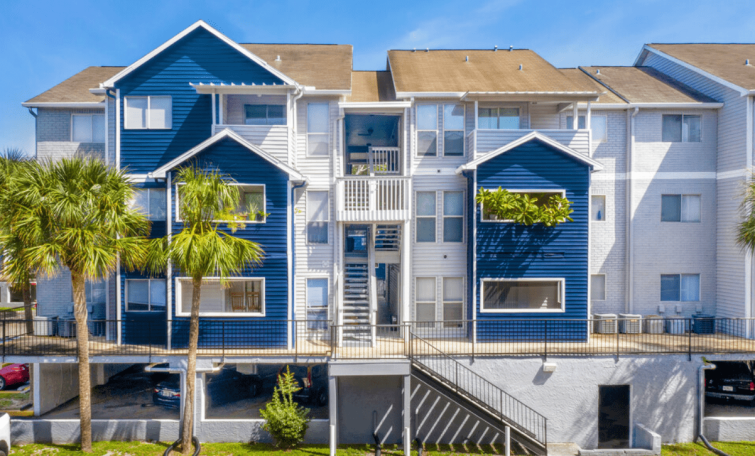 Westside Capital Group has refinanced Buena Vista Apartments in Tampa, Fla. with a $25 million Fannie Mae-backed loan originated by Berkadia, according to information from Berkadia.

The 12-year, partial interest-only loan retired a little over $19 million in previous debt from Berkadia that was used by Westside for its $21.25 million purchase of the property in the fall 2018, according to information from Westside. The mortgage’s loan to value was 70 percent, according to Berkadia.

“As we predicted two years ago, the Wellswood community has continued to expand and attract new investment from both the corporate and real estate community because of its exceptional location and amenities, and we’re very pleased to have started this evolution with our investments,” Westside founder and president Jakub Hejl said in a statement. “The Tampa economy has proven very resilient relative to the country overall with employment bouncing back in June of this year, driven in part by the region’s finance, industrial and e-commerce sectors.”

“[Westside] had done a remarkable job with this asset since [we] provided the original bridge loan two years ago,” Foschini said in a statement. “The asset is now fully renovated and stabilized, enabling Westside to access today’s incredibly low interest rates and attractive terms.”

Foschini added that alongside Fannie Mae, “we were able to provide a loan that was aggressive in dollars, rate and terms, taking full advantage of the value the sponsor has added during its short term of ownership.” According to a 2018 announcement from Westside, the firm moved to upgrade the complex’s common areas and undertook “targeted interior unit upgrades” of its 240 units shortly after it bought it.

Buena Vista is a 10-building, garden-style apartment community built in 1985 that’s situated on 5 acres at 4610 North Armenia Avenue in Tampa’s Wellswood neighborhood. The community is situated between two hospitals — Kindred Hospital Central Tampa and St. Joseph’s Hospital — and it’s surrounded by a range of other medical offices and practices. It is located a couple blocks from the Trinity School for Children and Tampa Catholic High School, and it’s also just a few minutes from Raymond James Stadium and adjacent training facilities, where the NFL’s Tampa Bay Buccaneers play and practice.

The property has studio, one- and two-bedroom residences that average around 700 square feet, and it also features a clubhouse building, a fitness center, a swimming pool and covered parking for tenants.

Monthly rents at the location range from about $800 for studios to around $1,250 for two-bedroom units, according to information from Apartments.com.