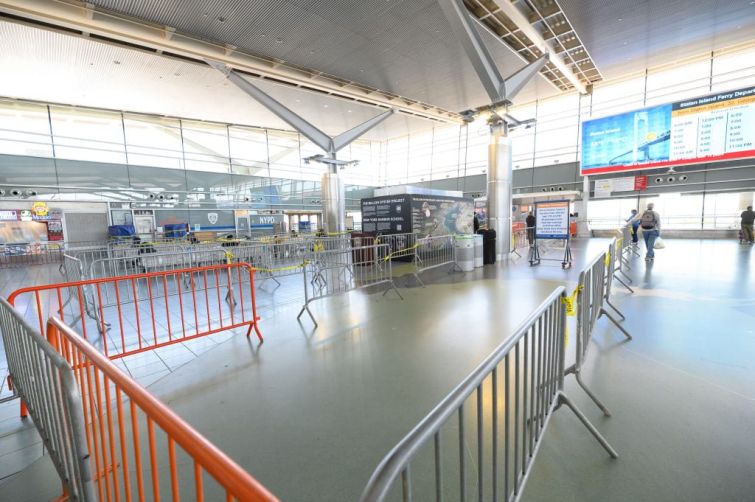 Update: The lawsuit described in this article has since been dismissed by the plaintiffs, who confirm no wrongdoing by Itria Ventures or Biz2Credit.

The family that owns most of the eateries in the Staten Island Ferry terminal accused their lender of fraud and violating the Racketeer Influenced and Corrupt (RICO) Act over their nearly $2 million in business loans, court documents show.

Aminohd Himani, Siraj Himani and Salmaan Himani filed a lawsuit against merchants cash advance lender Itria Ventures for fraud, usury and civil RICO violations over loans Itria lent the Himanis since 2014, according to the suit.

Siraj Himani, his lawyer Abraham Borenstein, could not be reached for comment. Itria’s parent company, Biz2Credit, told Commercial Observer that the lawsuit was “baseless” and was only filed to gain “leverage” in the negotiations over the loan.

“All these allegations are totally baseless,” said Rohit Arora, the CEO of Biz2Credit, adding that the interest rates for the Himani family’s loan were well within the New York guidelines. “We are going to fight it very vigorously.”

The Himanis own Pizza Plus, The River Dock Cafè, Haagen Dazs, Ferry House Cafè, The Brass Tap and The Panini Grill in the St. George Ferry Terminal, which is on the Staten Island side of the boat. Starting in 2014, they borrowed $500,000 from Itria for Pizza Plus and signed a Future Receivables Sales Agreement (FRSA) with the lender, court documents show.

Under Pizza Plus’ agreement, Itria bought $725,000 of future sales and was required to pay 4.96 percent of Pizza Plus’ future receivables bi-weekly to Itria, according to court documents.

The Himanis entered into several agreements with Itria until 2017, with one $175,000 FSRA carrying a bi-weekly rate of 46.59 percent of future receivables, according to court documents. In 2017, the family refinanced all of their loans — which Itria said stood at $2.4 million — to get another $400,000. The new three-year loan had a 12 percent interest rate. That’s when the trouble started.

The Himanis accused Itria of forging the loan documents along with their signatures on them to show that they owed about $500,000 more than they actually did and then would not provide proof of how much was left on the loans, court documents show.

Itria denied that they forged any documents to CO and Arora said the company sent “tens of thousands of emails,” including the financial statements, to the Himanis.

“After the refinance, the plaintiffs asked the Itria defendants for an accounting of monies allegedly owed,” the suit said. “Itria refused to provide plaintiffs with such accounting on information about what the remaining balance and the ongoing payments [were].”

Things got worse when the coronavirus pandemic hit. Despite the businesses being crippled by COVID-19, Itria sent a notice of default on July 20 demanding $50,000 and to make a $51,250 payment for the next month, according to court documents. However, Itria said the Himani family voluntarily paid $50,000 in July to address a $101,250 default and promised to make the same payment in August.

Arora and his lawyers added that they only sent the default notice after the Himani businesses reopened and the family received PPP loans then stopped communicating with Itria and did not provide financial information to “negotiate a reduced payment plan.” Arora denied Itria engaged in any aggressive collection practices.

“Despite the payment they made, they’re still in arrears for close to $100,000, but we’ve not pressured them,” Arora said, adding that the company was working with the Himani family to structure interest payments or extend the term of the loan.

The Himani family paid the $50,000 for July but refused to pay August’s bill. They instead shot back with the lawsuit that claims Itria’s FSRA documents are “in fact loans at an interest rate higher than the maximum interest rates allowed,” the suit claims.

It also accused Itria of using the FSRA “for the operation of a ‘payday lending’ business that violated” usury laws under the RICO Act.

“Itria strongly disputes the many false allegations made by the Himanis in the lawsuit, and advises that it will prosecute the action against the Himanis and their businesses, including counterclaims, to the fullest extent of the law,” Itria’s lawyers said in a statement on Monday. “Further, Itria was actively working with the Himanis to reach a suitable payment arrangement. The Himanis filed their lawsuit with no notice or warning to Itria, apparently to gain leverage in their negotiations.”

Operators have come under fire amidst the pandemic for their aggressive collection practices with the Federal Trade Commission (FTC) and Attorney General Letitia James filing lawsuits against several companies. (Itria has not been accused by the FTC or attorney general of any wrongdoing.)

“We should closely scrutinize the marketing claim that these payday-style products are ‘flexible,’ with payments contingent on the credit card receivables of a small business,” FTC Commissioner Rohit Chopra said in a statement earlier this month. “In reality, this structure may be a sham, since many of these products require fixed daily payments, and lenders can file ‘confessions of judgment’ upon any slowdown in payments, with no notice or due process for borrowers.”

During the pandemic, merchant cash advance companies have aggressively turned to the courts to demand payment from small businesses, usually asking for lawyer fees along with the amount due, NBC News reported.

Arora denied that Itria provided “payday loans”  or engaged in any improper lending practices. He said the Himani family — which gave a video testimonial praising Biz2Credit in 2015, went radio silent for four weeks before hitting Itria with the lawsuit.

“They were misguided by some lawyer to file this case,” Arora said. “The opposing party lawyer will write anything.”

Itria has filed more than 50 lawsuits in New York courts since March against businesses around the country, court records show. Arora disputed the number and said most of the cases were in the works pre-pandemic. In one case, Itria filed a suit within days of a Florida business missing a payment. Itria disputed the characterization of that suit, which it later withdrew, and said it only came after the business made a single payment to Itria then broke off all communication.

The company added that most of the cases were dismissed to accommodate clients during the coronavirus pandemic or after coming to settlements.

UPDATE: This story has been updated to include comments from Itria and its lawyers.