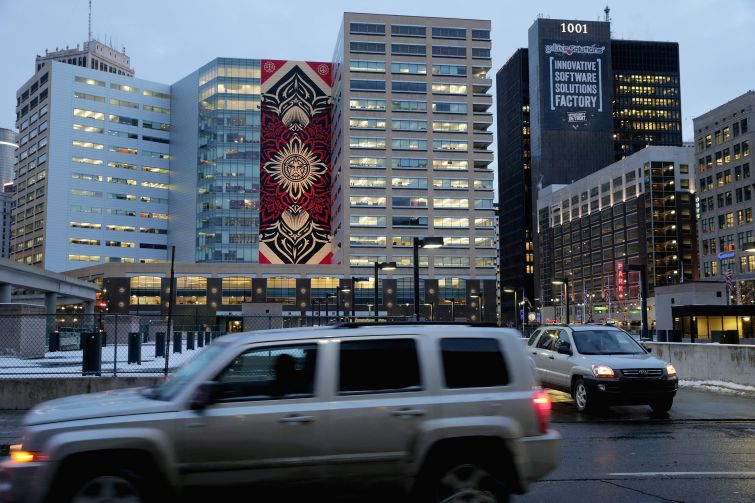 Rocket Companies, the parent company of Quicken Loans, opened for trading at $18 a share Thursday, below original estimates, and then quickly rose 20 percent in the first day of trading.

Rocket sold 100 million shares, raising a total of $1.8 billion. The previous week, Rocket had estimated that it would sell up to 150 million shares at $20 to $22 a share, which at the upper limit, would have netted Rocket Companies $3.3 billion.

Founder and CEO Dan Gilbert, who also owns the Cleveland Cavaliers and real estate company Bedrock Detroit, controls an estimated 73 percent of the company, putting his wealth at $34 billion after the IPO. That makes him the 28th richest man in the world, ahead of Blackstone’s Stephen Schwarzman, according to Bloomberg’s Billionaire Index.

Rocket stock closed its first day of trading at $21.5, up 19.5 percent from the open, and rose again at Friday’s open.

Quicken Loans was founded in 1985 as an alternative lender, and grew into the largest mortgage lender in the United States. It surpassed Wells Fargo in 2018 with more than $80 billion in loans, and then originated $145 billion in loans in 2019, according to FT.

The company’s income grew 46 percent in 2019 to $892 million based on $5.1 billion of revenue, according to the IPO filing in early July. Quicken Loans also recorded $1.8 billion of revenue in the first three months of 2020, before the brunt of the pandemic hit, up 148 percent from the previous year. And even with the pandemic, Quicken Loans had record originations in every month between March and June, according to Bloomberg.

Gilbert moved Quicken Loans’ headquarters to Detroit in 2010 in an effort to revitalize the city, and owns large sections of downtown Detroit. During the pandemic, Bedrock Detroit gave its retail tenants free rent for three months, then switched to a variable rent until 2021, as CO reported at the time.