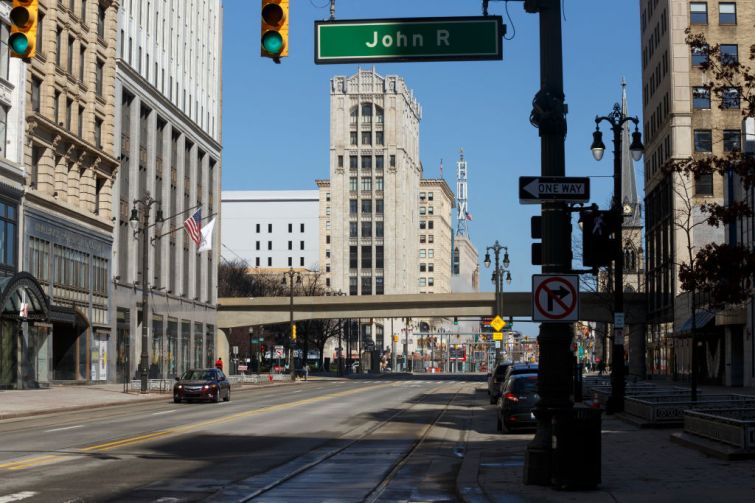 Bedrock Detroit, one of the Motor City’s largest commercial landlords, will offer all of its retail tenants a variable rent rate, pegged at seven percent of gross sales, through the end of 2020, Commercial Observer has learned.

“It gives people confidence to go ahead and reopen, and make plans for the future, because they have this protection for the balance of the year,” said Matt Cullen, CEO of Bedrock, the real estate firm founded by Dan Gilbert of Quicken Loans.

Bedrock, which has tenants in Cleveland, Ohio, in addition to its homebase of Detroit, has already provided all of its small business tenants with three months of free rent, from April through June. It made the announcement just as the pandemic-induced shutdowns began in March, to help stave off panic. “It was clear that people were getting really nervous, and if they were afraid of getting further behind, they might choose to close their business or not support their workers,” Cullen said.

But as the situation evolved, and it became clear that businesses would have to operate under severe restrictions for the foreseeable future, the company decided to extend their rental assistance program. The variable rent format will ensure that the level of support will match the level of need, since it will be based on a percentage of sales, Cullen said. The rate was based on the industry standard to peg fixed rent to roughly eight percent of annual sales.

Bedrock owns large swaths of the Downtown area, including some of the city’s most recognizable landmarks, and has a pipeline of projects in development. Gilbert, a native Detroiter, moved the home mortgage company Quicken Loans from the suburbs to Downtown Detroit in 2010 in an effort to revitalize the economically devastated city, and later launched Bedrock to manage his real estate holdings there. In the decade since, the city has finally begun to flourish, with restored landmarks, vibrant public spaces, and high-end shops, restaurants and hotels, lining the streets of Downtown.

So while the purpose of the program is to support local businesses, which are crucial to the city of Detroit, it’s also in the company’s best interest. “We absolutely think we’re doing good, but there’s a pragmatism too, that says, ‘We’re in it together, and we need this to work out for everyone,’” Cullen said.

Detroit knows all too well what it means for a city to lose its small businesses and street retail, Cullen said.

“In other places, it may not be such a recent memory what it’s like without them,” he said. “I like to think that in Detroit we might be a little more attentive, and do all we can to be supportive.”