Multifamily in a Pandemic: Q&A with Cityview’s Sean Burton

CEO discusses rent collection, reviving deals in a downturn, and plans for the rest of 2020 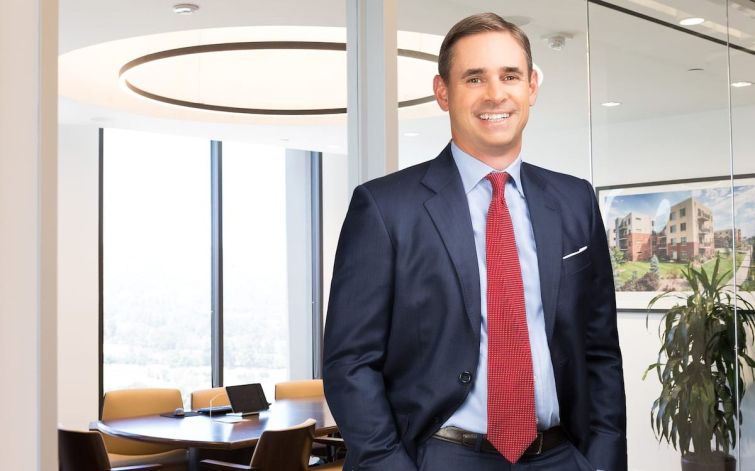 The multifamily market in Southern California has been suspended between different eviction moratoriums and rent deferrals since the pandemic outbreak.

Los Angeles-based Cityview has been focused on rent collections as well as getting deals and developments back online after they stalled due to the pandemic. The firm finished 2019 on a selling spree, when it sold three multifamily properties in Southern California for a combined $354.9 million. The deals included 760 units in Koreatown, Warner Center and Orange County’s Costa Mesa. The Koreatown property sold for a record-breaking price per square foot for the enclave.

Cityview has 57 properties with about 5,000 units in California, Colorado and Texas, as well as 1,000 units in development in California. The firm’s CEO, Sean Burton, spoke with Commercial Observer about July and August rent collections, multifamily demand in a pandemic, and the company’s plans moving forward.

Commercial Observer: How are rent collections for August?
Burton: August collections look substantially similar to the prior few months’ collections. For our Class A portfolio, collections are currently at approximately 85 percent (as of August 15), which is where we were at this time in May, June and July.

[…] And the people that aren’t paying, the vast majority of those are on some sort of payment plan. We’ve worked with them because they’ve been impacted by COVID, and we’ve been trying to work through the issues […]

We are nervous about the PPE money running out and unemployment stopping, and people have spent the stimulus check, so I think everybody’s holding their breath, and no one feels we’re out of the woods yet.

What do you think led to the strong collection rates?
I think we’re in good markets. We tend to build in highly supply-constrained markets that have great jobs and highly educated workforces and a lot of demand — the places where millennials want to live.

Obviously, everybody’s been impacted. If you worked in technology, for example, we have a project in Mountain View that’s right down the street from Google and LinkedIn. We joke that Google is actually being run out of our Mountain View project, working remotely. But the leasing and retention have been very strong. We have a project in Menlo Park right near Facebook. One of only two new projects built in the last 40 years in Menlo Park.

[…] We’re very careful in our resident tenant selection, making sure they can afford to live there. A lot of operators or property managers will only require incomes of two-and-a-half times rent. We actually require three times rent across all projects. That’s to make sure the people who live there aren’t under financial pressure.

The other component is that we have been proactive. Every month, we’re reaching out, we’re talking to every single resident, we’re understanding what they’re going through and how their lives have been impacted, we’re working with them when they have issues.

And we found that people do the right thing. If people that can afford to pay, they do. And if they’re struggling, we’ll work with them to come up with a plan that works for them. And the vast majority of people are doing the right thing. We realize there are a handful of people who are trying to take advantage of the system and the moratoriums, but we haven’t really experienced too much of that.

Are you expecting a flight to multifamily investment from other asset classes because there will be continued demand for residential?
We think multifamily in general has been and will continue to be one of the two strongest asset classes in real estate, the other being industrial.

People have changed the way that they shop and they’re doing a lot more online; people are changing the way they use the office, and we’re all on Zoom this morning, and people are telecommuting more. But at the end of the day, people still need a place to live. […] We think this positions multifamily even more strongly for the future.

At the end of last year, you were selling properties. Tell me what you’ve been working on since then, and since the pandemic started — if it’s not just rent collection and deferrals and the like?
We’ve been focused like a laser on asset management. First and foremost, we wanted to make sure our residents are safe. We wanted to make sure that we were understanding what they’re going through. We reach out to each resident ahead of each month to see how they were doing, to see what they were going though, tell them about the safety protocols, let them know that our property managers or maintenance personnel are essential workers.

We have been focusing a lot on collections where people did have issues with payment plans. We were focused on retention, keeping people in the building. Our retention rate is usually about 20 percent higher than it usually is year-over-year because of that extra focus and people just don’t want to move.

We focus a lot on technology. We’ve focused a lot on technology and particularly virtual leasing. We’d invested in technology beforehand […] but really ramped it up and become good at it in a downturn. And our leasing numbers in the last few weeks are almost at what they were pre-pandemic levels. They’re not quite there but they’re very close.

The landscape is changing frequently, but generally do you expect much more activity this year in terms of acquisitions or sales?
We have one project under contract to sell in San Diego. It was a project we had under contract pre-COVID, and the buyer lost their financing. But we continued to have these great collection numbers and continued to have great virtual leasing and occupancy and so we were able to get the deal back together.

I don’t anticipate selling much else. In the fourth quarter last year, we felt the market was hot and that it was a good time to give our investors some good returns. As far as new deals, we’re underwriting a number of new deals. It is a challenge to get price discovery because we don’t know exactly how to underwrite job growth and rent growth in the pandemic (with countywide closures)—we’re open, we’re not open, we’re open again, we’re not open again. It’s hard to make a big investment decision in that environment.

We are focusing on underwriting a number of deals where there’s an entitlement component where we contract for the land, and we’ll take a project through the entitlement process that will take a year or two. So, that’s a good way to secure well-located properties, and then take them through a process so we can design what’s appropriate there for the future, and it gives us some flexibility and optionality depending on where we go with COVID.

Does that include the 1,000 units in development?
We haven’t broken ground on those yet. We’ll break ground on at least three if not four before year-end. […] So that’s $500 million investment, all in California.

We were actually ready to break ground on two of those in the second quarter. We paused that because we saw opportunities to actually go back and renegotiate pricing on construction costs. So we’ve been focused on that. And I’d expect it’s a 5 percent-plus reduction, which will help offset some of the rent reductions we’ve seen across the board.

It’s the first time we’ve seen costs come down since the last recession, 2011. We’ve been very heartened by what we started to see with cost reductions.