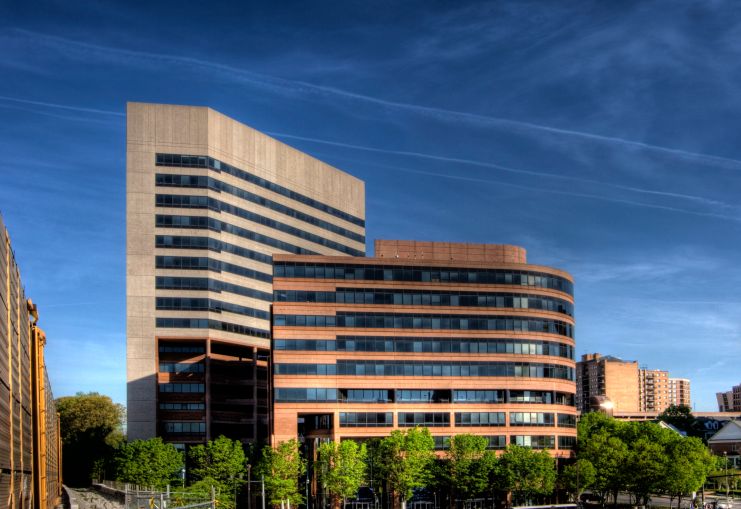 The five-year loan pays interest to the lender, otherwise known as Landesbank Hessen–Thüringen Girozentrale, at a floating rate of LIBOR plus 2.25 percent, and the financing generated $2 million in proceeds, according to information from Brookfield Property’s second quarter earnings report. The mortgage is dated May 22.

Helaba’s loan retired a little over $106.6 million in existing debt from the Industrial and Commercial Bank of China (ICBC), which had provided a $115 million mortgage on the property in November 2016, records show.

Silver Spring Metro Plaza includes three buildings located at 8401, 8403 and 8405 Colesville Road in Silver Spring, which is a suburb of Washington, D.C. located a little over six miles north of the capital’s city center.

In September 2018, Discovery Communications signed a lease at the property at 8403 Colesville Road after selling its previous Silver Spring office, the 548,953-square-foot One Discovery Place, as CO reported at the time.

The site features fitness facilities for its tenants and hosts a Dunkin Donuts, a SOHO Café Market in the plaza area, a bakery, dry cleaning and shoe repair services, a car rental service, a travel agency and also a print shop, according to Brookfield’s website. The site is aptly located next to a train station at 8400 Colesville Road, which serves as an outlet for a Washington Metropolitan Area Transit Authority metro line as well as a Maryland Transit Administration MARC Train line.

Brookfield’s core office business generated $126 million in company funds from operations (CFFO) in the second quarter, down from $187 million year on year, despite it reporting that its rent collections went mostly uninterrupted and were consistent with previous performance, as per its second quarter earnings report. It attributed the CFFO dip to “a transaction gain of $38 million recognized in the prior-year period, and a decrease this quarter in contributions from our parking and retail operations.”

With the backdrop of the COVID-19 pandemic, Brookfield’s second quarter new leasing activity within its core office business amounted to around 700,000 square feet, “executed at rents 16 percent higher on average than expiring leases in the period,”  according to its earnings report. Its portfolio’s occupancy dipped 20 basis points to 92.3 percent, “with a remaining weighted average lease term of 8.6 years.”

With additional reporting from Rebecca Baird-Remba.