Ahead of the Fourth of July weekend, officials warn against gatherings as coronavirus cases spike across the state 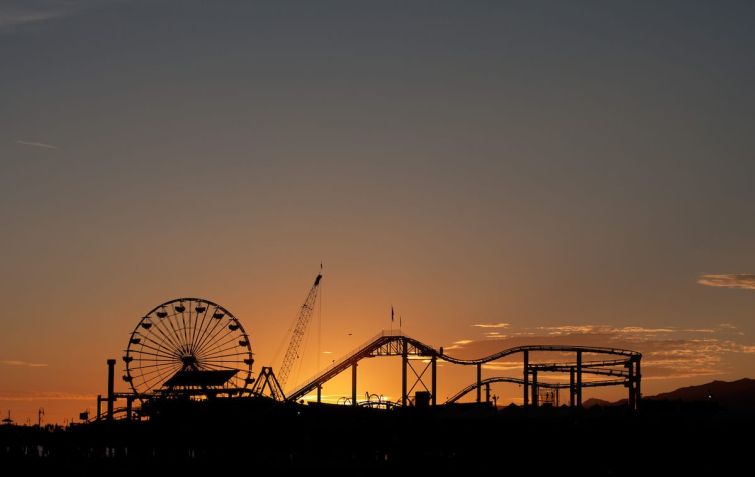 Officials are recommending that counties cancel firework shows for the holiday, and that residents do not gather with people they do not live with. Above, Santa Monica Pier. photo: David Rosen

On May 19 — exactly two months after shelter-in-place orders were enacted — officials in Los Angeles County announced they were trying to “fast-track” plans to reopen the economy by July 4.

Now, they’re taking a sharp U-turn after Gov. Gavin Newsom and state health officials said 19 counties — including L.A. and about 72 percent of the state’s population — must immediately re-close dine-in restaurants and bars just before the Fourth of July weekend. Those sectors must remain closed in those counties for at least the next three weeks, and the order is subject to further extension.

The announcement came days after L.A. County and six others were forced to re-close bars as cases spike around the state. The latest announcement includes restaurants, movie theaters, bars, wineries and family entertainment centers in 19 counties including L.A., Orange, Riverside, San Bernardino, Ventura, Sacramento and Santa Clara counties. These sectors may modify operations to provide services outside or by pick-up.

“I know these closures are frustrating and it is heartbreaking to think we are losing ground,” said Dr. Barbara Ferrer, L.A. County’s Director of Public Health. “These immediate actions give us a chance to regain control over the increased spread. With steep increases in cases and hospitalizations, it is important to act now to prevent as many future cases, hospitalizations and deaths as we can.”

“California is seeing the virus spreading at alarming rates in many parts of the state, and we are taking immediate action to slow the spread of the virus in those areas,” Newsom said in a statement. “We bent the curve in the state of California once, and we will bend the curve again. But we’re going to have to be tougher, and that’s why we are taking this action today.”

The back and forth has been frustrating for tenants and landlords in the sectors being forced to reclose less than two weeks after being allowed to reopen. Sandy Sigal, CEO and founder of NewMark Merrill Companies — which operates shopping centers around the region — said having merchants and small businesses open and then be forced to close “is really the worst outcome.”

“The work it takes for a business to bring back their staff, train them appropriately, and reconfigure their spaces and market to their neighbors only to be shut down really impacts the momentum and viability of these businesses,” Sigal said in an email to Commercial Observer.

Sigal said he is in complete agreement with firm monitoring, and compliance with spacing, masks and cleaning.

“But like so many things, 95 percent of our tenants went over and beyond, and they are being punished because a few merchants either didn’t or couldn’t enforce the rules with their staff and customers,” he said. “It just makes a bad situation more tragic.”

Sigal suggested it would be more sustainable and cheaper to make sure bad operators — both businesses and individual customers “who think the rules don’t apply to them” — are ticketed and fined for their behavior.

“I don’t mind shutting down tenants that aren’t playing by the rules, but the only way to end this epidemic in a sustainable way is to encourage good behavior and punish bad behavior – not brush everyone with the same broom,” he said.

The state department said recent data and studies show community spread of infection is increasing across the state “in indoor settings due to the release of infectious particles into the air when someone speaks, coughs, sneezes, or sings, which is exacerbated in indoor spaces particularly when lacking appropriate ventilation.”

Officials are also recommending that counties cancel firework shows for the holiday and that residents not gather with people they do not live with.

“Family gatherings are playing a significant role in the spread of COVID-19. Any time two households mix together, we risk getting each other sick,” said Dr. Sonia Angell, director of the California Department of Public Health. “Any public or private events this weekend that include people who do not live together in the same household should not happen. This includes family get-togethers.”