U.S. Retail Sales Climb by 7.5 Percent in June as Stores Reopen Around the Country 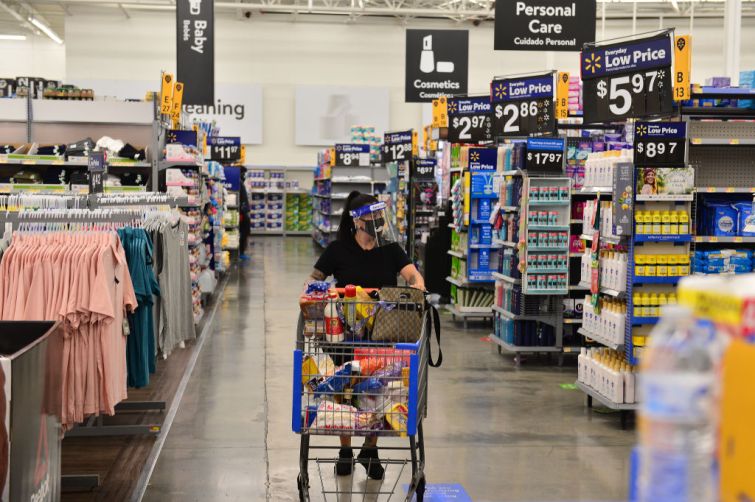 Retail sales across the United States climbed by 7.5 percent in June, a better-than-expected jump and the second month in a row the numbers increased, as many stores reopened since temporarily closing during the coronavirus pandemic. However, as COVID-19 cases spike around the country with some states forcing businesses to re-shutter, the recovery could be short-lived.

Total U.S. retail sales were $524.3 billion in June, an increase of 7.5 percent from May and a 1.1 percent increase from the same time last year, according to figures released yesterday by the United States Census Bureau. Economists polled by both MarketWatch and Reuters only estimated June’s numbers would increase by nearly 5 percent.

“It’s encouraging to see another month of continued growth in June and a concrete upward trend in the retail market,” Marwan Forzley, the CEO of payment processor Veem, said in a statement. “It is evident that consumer confidence and demand is increasing as retailers across the country continue to reopen their physical doors — while expanding their reach to e-commerce.”

Retail sales were battered in March and April, with April seeing the worst decrease on record, as states around the country implemented strict stay-at-home measures to try and contain the virus, forcing retailers to shutter and millions of Americans to lose their jobs.

The numbers rebounded by a revised 17.7 percent in May, but spending still lagged behind the previous year. And while June’s sales were slightly better than the same time last year, Census Department data showed that overall sales from April to June were down 8.1 percent compared to the same time in 2019.

Even with retail sales figures trending upward, many brands filed for bankruptcy during the pandemic.

J. Crew, Neiman Marcus, JCPenney, Aldo, True Religion, John Varvatos, GNC, Muji and Brooks Brothers, among others, have all filed for Chapter 11 in recent months. And home-decor chain Pier 1 Imports announced in May that it will go out of business and permanently shutter its nearly 540 stores in the U.S.

While New York City, which was the epicenter of the pandemic, began lifting restrictions in June and marked its first day without a coronavirus death in four months on Sunday, other states have seen cases spiking, threatening to curtail the recovery of retail sales.

Last month, Texas ordered bars to close again and restaurants to reduce capacity by 50 percent as the state deals with more cases, The Texas Tribune reported. And on Tuesday, California Gov. Gavin Newsom announced that Los Angeles and 28 other counties will have to re-shutter malls, nonessential offices, hair salons, barbershops, gyms, fitness centers and nail salons less than four weeks after they were allowed to reopen, as Commercial Observer previously reported.