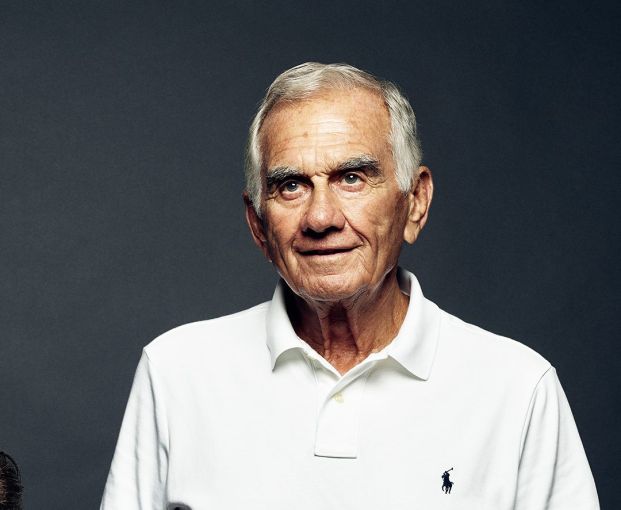 Gerald Wolkoff, one of Long Island and Queens’ most prominent developers, died on Friday night of a neurological illness. He was 83.

Wolkoff was born in Brownsville, Brooklyn in 1937, and began working at age 10, according to a statement put out by his company, starting a successful floor waxing company at age 16. He next began building two-family houses in Brooklyn and Staten Island becoming a major builder throughout the boroughs.

Both of Wolkoff’s most famous projects had been enmeshed in legal quarrels. And his decision to whitewash some artistic murals that local artists had painted in 5Pointz was a controversial one that also landed in court.

Still, many of those who worked with Wolkoff felt he was, in the words of one associate, “menschy.”

Wolkoff “hates having tenants upset with him, so he tends to over-deliver, so he builds up a lot of loyalty with his tenants,” Philip Shwom, the president of commercial brokerage Schacker Real Estate Corp. in Long Island, told Commercial Observer in 2018.

“Jerry Wolkoff was truly a visionary,” said Angie Carpenter, Supervisor of the Town of Islip, in a prepared statement. “He was tough and tenacious, but still kind hearted. A devoted family man who despite all of his legendary successes had a deep sense of caring for his community. He was committed to uplifting the communities he worked in.”

Likewise, he was praised by both sides of the local political aisle.

“Jerry Wolkoff will be remembered as one of Long Island’s most prominent business leaders and a visionary,” said Suffolk Republican Party Chairman Jesse Garcia in a prepared statement. “His foresight helped our region grow to what it has become today and our business community will forever revere his legacy. He will be missed by many and will be remembered as someone who helped communities prosper through job creation, development, and progress.”

Town of Babylon Supervisor and Democratic Party Chairman Rich Schaffer said: “I am heartbroken over the loss of my good friend Jerry Wolkoff.  He was truly one of a kind with his sharp business acumen, his loyal streak for those who worked for him and his tough exterior that couldn’t hide his caring heart that I was fortunate to see time and time again. There are countless stories of how Jerry went out of his way to help one person or another who had fallen on hard times. I was lucky to get to hear and see those stories that not many did during the 35 years that I knew him. Long Island has lost a transformative giant who was ahead of his time. May he Rest In Peace.”

Wolkoff is survived by his sons David and Adam who both worked with him, his wife of 59 years, Michele, and his grandchildren, Zachary, Tyler and Alexi.