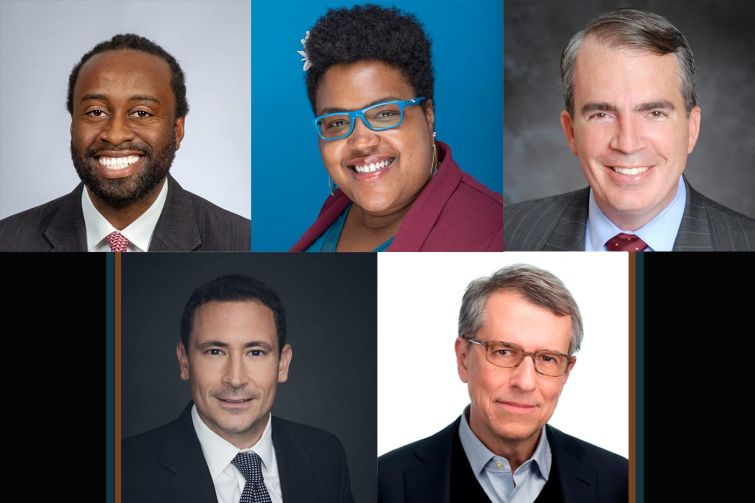 While the United States and the European Union both reported the worst economic quarter on record this week, Amazon recorded its best.

With Americans confined to their homes during the coronavirus pandemic, Amazon, along with other large online retailers, reaped the benefits of the shift to online shopping.

And that translated to a positive quarter for industrial real estate, which saw increased demand for logistics, e-commerce and reverse logistics space. Amazon alone made up 10 percent of the leasing in the second quarter, according to CoStar.

“I think we’re relying a little bit too much on Amazon as a marketplace,” said Alex Klatskin, a partner at Forsgate Industrial Partners, during a three-panel “Emerging Industries” forum hosted by Commercial Observer on July 30, which covered real estate types poised for growth. “[They’re] in everybody’s minds as their savior.”

The first panel of the morning, titled, “Emerging Sector Spotlight: Life Sciences & Biotech Take a Front Seat in Driving Economic Development,” covered the life sciences market in New York, and how it’s been affected by COVID-19.

Moderated by Jay Neveloff, a partner at Kramer Levin, the panel brought together Scott Metzner, principal at Janus Property Company, which is the developer behind the ground-up Taystee Lab Building in West Harlem; Jamison Peschel, managing partner at Longfellow Real Estate Partners; Adam Spagnolo, partner at SGA; and Charles Murphy, an associate at JB&B.

Spagnolo, whose firm has an extensive life sciences portfolio in Boston and elsewhere, said that prior to COVID, most development opportunities in New York were in challenging locations, but that’s changed.

“Since coronavirus, we’re looking at locations near the World Trade Center, above Penn Station, directly adjacent to the major institutions,” Spagnolo said. “The quality of opportunities, in my opinion, has really changed.”

Not only has the importance of health care, biosciences, and research and development been highlighted during the pandemic, but labs are also more immune to the restrictions imposed by it. “No one is doing lab work in their spare bedroom,” Metzner said. And labs are generally less dense than office buildings, Peschel noted, making it easier to social distance.

The second panel, on “Investing in the Future: High-Growth Industries Attracting New Investors,” continued the discussion on life sciences, with a focus on the government’s role in creating the infrastructure for the sector to flourish within the Metro New York area.

In Manhattan, Harvey said, there is basically zero vacancy when it comes to life sciences, and there are 2.5 million square feet in the development pipeline, making for a robust market.

“Everything isn’t centered around Manhattan,” said Greene. With more people living and working in the boroughs, the city is focused on supporting that. “One of the things we’re trying to do in the city is make space for those commercial hubs where you have the transit access and other small ‘i’ infrastructure that makes you capable of having a real live-work environment across the city.”

And with the subject of markets outside Manhattan, Schubert noted that New Jersey is an important market to consider, as a gateway to the large pharmaceutical companies located there.

“There’s another great opportunity for economic development in terms of building a robust manufacturing ecosystem to support the innovation ecosystem,” Karnal said, since as companies grow and succeed, they’ll need to grow and expand past the incubator labs.

And especially because of covid, more companies are considering bringing their supply chain and manufacturing closer to home, Karnal said.

The discussion, titled “Industrial 2.0: Reconfiguring Industrial & Logistics” wasn’t limited to Amazon of course, but the e-commerce firm did feature prominently.

While Klatskin was wary of the industry’s reliance on Amazon, Randall, whose firm finances industrial trades and development, said its influence was undeniable. “Nothing attracts capital like saying Amazon has looked at this space,” he said.

Aside from that, there have been some significant changes in the industry due to COVID-19. “It used to be about efficiency,” Hanback said. “Now people are more interested in having buffer inventory, and they’re not so afraid to have more inventory on hand, and to be prepared to hold inventory because of disturbances in the supply chain,” she said, and that could translate to more space.