The coworking firm is pulling its staff across the city, though members will retain keycard access. 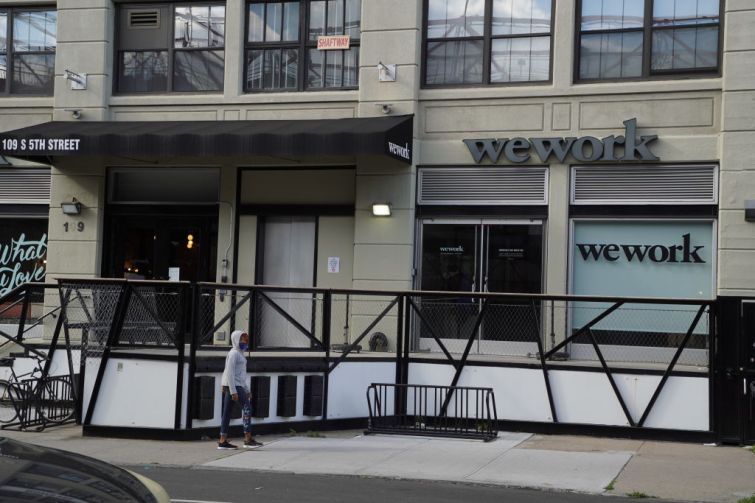 Coworking giant WeWork pulled its staff at all of its more than 100 New York City locations due to “events unfolding across the country,” an apparent reference to the ongoing protests and civil unrest over the death of George Floyd while in police custody, according to WeWork messages to members provided to Commercial Observer.

“If you’ve been watching the news or social media feeds like us this weekend, you have seen the events unfolding across the country,” the message said. “Out of an abundance of caution, we are moving all buildings in New York to keycard access only until further notice … If you would like to go to the building, you will need your keycard.”

The message noted that WeWork staff would not be on-hand to provide onsite services, such as mail and packaging, and that members should receive guests in the lobby.

It’s unclear if outposts outside of New York were shuttered as well. A spokesman for WeWork did not immediately respond to a request for comment.

The firm, which is the largest private office landlord in the city, has outposts at locations including 401 Park Avenue South, 54 West 40th Street and 154 Grand Street, among others.

The move comes after months of members pleading with WeWork to shutter its locations — with several starting petitions — because of the coronavirus pandemic, said Jill Raney, who started one of the petitions.

Members cited fears that WeWork staff would contract the disease and demanded the coworking company stop collecting membership fees while offices were empty. WeWork has previously stated it remained open because it provides space to essential businesses and the company confirmed it switched to keycard access at some.

“This makes it unavoidably clear what WeWork thinks is important,” said Raney, who ran the consultancy Practice Makes Progress out of a Washington, D.C. WeWork. “They made it very clear that they don’t care about the responsibility of their members and workers’ health, but they do care about the risks to the bottom line and their property.”

While WeWork has not publicly stated it closed its locations, the company tweeted yesterday that it will provide $2 million in business grants to black-owned WeWork members in the wake of Floyd’s death.

Floyd, a 46-year-old black man, was killed last month in Minneapolis after a white police officer arresting him pinned his neck to the ground with his knee, The New York Times reported. Video footage of the arrest shows Floyd pleading with officers and telling them “I can’t breathe,” the same words that became a rallying cry for protestors after Eric Garner died during an arrest in Staten Island in New York in 2014.

The death of Floyd sparked days of ongoing protests over police brutality around the country, with thousands taking to the streets in New York City daily since Friday.

While protestors have mainly been peaceful, the demonstrations gave way to looting — mainly attributed to fringe groups using the movement as cover — at night with huge amounts of damage in Soho, Greenwich Village and Midtown. In response, Gov. Andrew Cuomo and Mayor Bill de Blasio announced an 8 p.m. to 5 a.m. curfew in New York City that will remain in effect until June 7.

WeWork isn’t the only company temporarily making similar moves because of the protests. H&M, Target, Apple and others have closed locations around the country, The Washington Post reported.