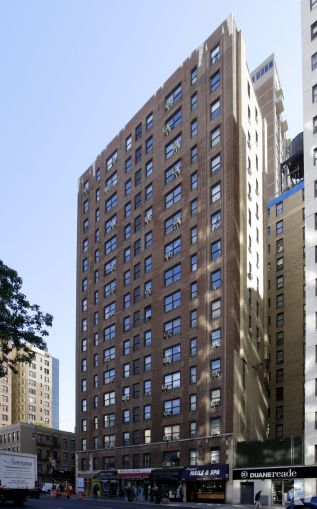 SL Green Realty Corp., along with its joint venture partner Stonehenge Partners, is in line to offload a luxury apartment building at 400 East 58th Street in the Sutton Place section of Manhattan at a valuation of $62 million, the real estate investment trust announced today.

The sale of the 16-story property located between Sutton Place and First Avenue, known as  Stonehenge 58, is expected to close in the third quarter, according to SL Green. It will net the REIT, which holds a 90 percent interest in its joint venture with Stonehenge, about $20 million in cash. The identity of the buyer could not immediately be gleaned.

The agreed upon sale is an encouraging sign for the broader market, a source told Commercial Observer, adding that SL Green was eager to sell the property as quickly as possible despite its execution hurdles presented by a pandemic-stricken sector.

SL Green CIO David Schonbraun said in a prepared statement that the sale is a “continuation of the business plan we have successfully executed over the last several years to dispose of non-core assets at attractive market values and re-invest the proceeds into our development projects and our share repurchase program. The transaction further serves to demonstrate the continued demand for New York City real estate assets.”

Ackman-Ziff Real Estate Group’s Andrew Sasson, Chad Sinsheimer and Marc Sznajderman represented SL Green in the transaction, according to information from the REIT. Ackman Ziff declined to comment on the sale.

Property values have been falling and the acquisitions market has mostly stalled as a result of disruptions caused by COVID-19, pushing many real estate firms to buy securities and shares in publicly-traded companies. This sale shines light on the demand that currently exists and the sheer amount of liquidity — “dry powder” — that many market observers have said is currently lying in wait for good opportunities, sources said.

SL Green, together with Stonehenge, bought the 126-unit 400 East 58th Street in 2012 as part of a broader, $193.1 million purchase of a portfolio of seven retail and residential assets, according to data from CoStar Group and a press release from the time of the acquisition.

Of the property’s 126 residential units, 68 are market-rate, while the remaining 58 units include 57 rent regulated residences and one unit for the superintendent, according to Ackman-Ziff marketing materials. The average size of the apartments is 913 square feet. The 140,000-square-foot asset also includes about 4,000 square feet of commercial space and is currently 97 percent occupied, according to CoStar and information provided by SL Green.

While this sale is in contract, SL Green has a history of releasing information about its sales activities prior to closing. In October, the REIT announced plans to sell the News Building in Midtown East for $815 million, with the buyer identified as Jacob Chetrit. That deal later unraveled amid the coronavirus pandemic, and last week the REIT announced it nabbed a $510 million refinancing on the property.

Since April, SL Green has been acting in line with its share repurchasing objective, having offloaded around $900 million worth of debt and stakes in other real estate ventures in order to pick up its own shares, according to reporting last week from The Wall Street Journal.

In late May, the REIT sold its retail condominium at 609 Fifth Avenue to an affiliate of Reuben Brothers in an all-cash deal for $168 million, as CO previously reported.