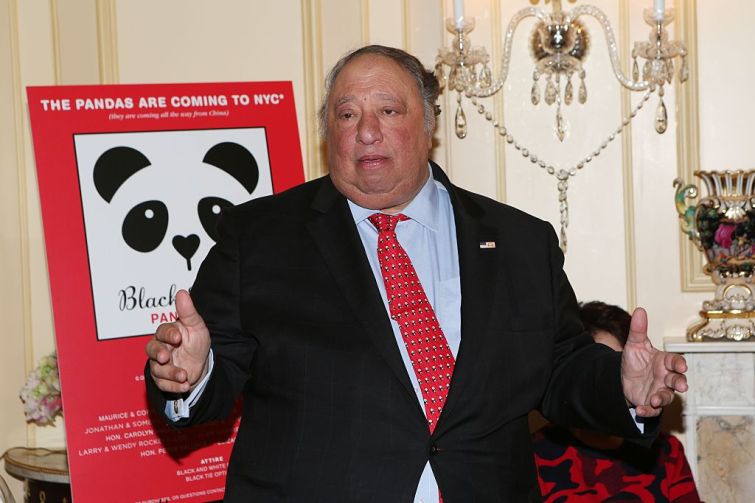 Developer and grocery store owner John Catsimatidis reportedly is mulling over a second shot at becoming the mayor of New York City and has started to lay the groundwork for the campaign, NY1 first reported.

Catsimatidis, 71, whose company Red Apple Group owns the Gristedes grocery chain, told the New York Post he launched an “exploratory committee” to run on the Democratic line in the 2021 race to replace Mayor Bill de Blasio.

“I want to do a coalition of Democrats and Republicans, Liberals and Conservatives,” Catsimatidis told the Post.

A spokesman for Catsimatidis did not immediately respond to a request for comment.

The billionaire developer — who also hosts a radio show — ran for mayor as a Republican in 2013 but lost in a primary to former deputy mayor and Metropolitan Transportation Authority chairman Joe Lhota. Lhota was eventually defeated by de Blasio.

Catsimatidis — whose daughter is the chairwoman of the Manhattan Republican Party — flirted with a second run for mayor in 2017 to take on incumbent de Blasio but eventually decided not to move forward with the campaign, Observer reported.

“I have often said I have one more race for office in me. But, after careful consideration and consultation with my family, friends and advisers, I have decided the 2017 race for mayor of New York will not be it,” Catsimatidis said in a statement at the time. “My decision was based in part on the fact that the power of an incumbency is extremely hard to defeat.”

In January, Catsimatidis told The Real Deal that he was eyeing another run for mayor in 2021 because “a lot of people” urged him “because of the fact that we need a lot of common sense in our city.”

Laying the groundwork for a second run comes after the city has been the epicenter of the coronavirus pandemic and faced days of protests and civil unrest over the death of George Floyd while in police custody. But he’ll likely face a crowded field in a Democratic primary.