Eviction, Foreclosure Cases Could Restart in Calif. in Early August 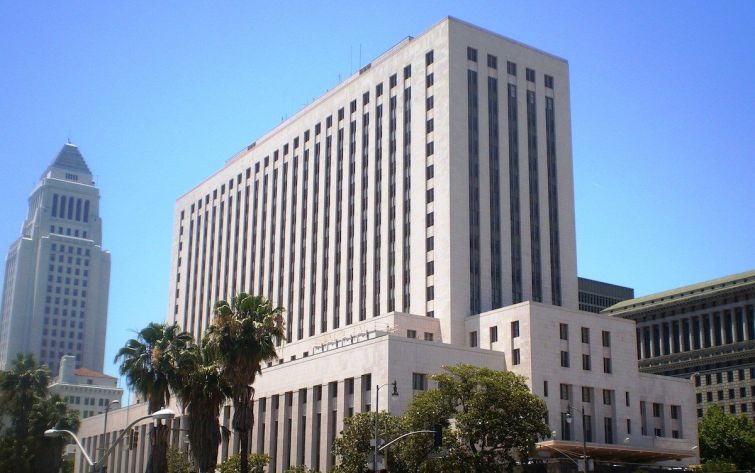 The members of the Judiciary Council must have their votes on the proposed changes submitted by 5 p.m. (PT) Wednesday. Above, U.S. Courthouse in Downtown Los Angeles. photo: Wikimedia Commons

The Judicial Council of California, which creates policy for the state’s court system, will consider ending its moratorium on foreclosure and eviction cases by Aug. 3 as the state reopens in phases amid the spreading coronavirus.

The council announced the proposed changes Monday. Peter Allen, communications manager for the council, told Commercial Observer that they are part of a circulating order, which means the members do not have to vote together or in person. But they must have their votes submitted by 5 p.m. (PT) Wednesday.

The council enacted emergency rules in April, and postponed evictions and foreclosures when courts were unable to handle “non-urgent civil matters” due to shelter-in-place orders. The moratorium currently is in effect for both commercial and residential tenants and owners throughout the state of emergency.

As local governments loosen restrictions and allow businesses to reopen, courts are also resuming operations, often using remote technology. The changes to the rules would reflect Governor Gavin Newsom’s decision to grant variances for reopening 51 of 58 counties, based on local conditions.

The Judicial Council may re-institute these measures if health conditions worsen or change.

Judge Marla Anderson, chair of the Judicial Council’s Legislation Committee, said housing policy decisions are usually “left to the state Legislature,” which was unable to hold sessions during the start of shelter-in-place restrictions. The council said ending the moratorium will give way to housing and eviction legislation currently underway. For example, today the state Senate Appropriations Committee is considering the contentious SB 939, which would extend a moratorium on evictions statewide, as well as other emergency proposals to address the stalled economy.

“With the Legislature back in session, lawmakers can address any measures needed to protect the homes and businesses of those affected by the pandemic,” Anderson said in a statement.

“As a result, 51 California counties and our courthouses have started a phased, safe reopening,” he said. “A statewide rule no longer serves our need to be flexible and responsive based on local health conditions.”

The California Department of Public Health on Monday announced the state now has had 131,319 confirmed cases of coronavirus, and 4,653 deaths.