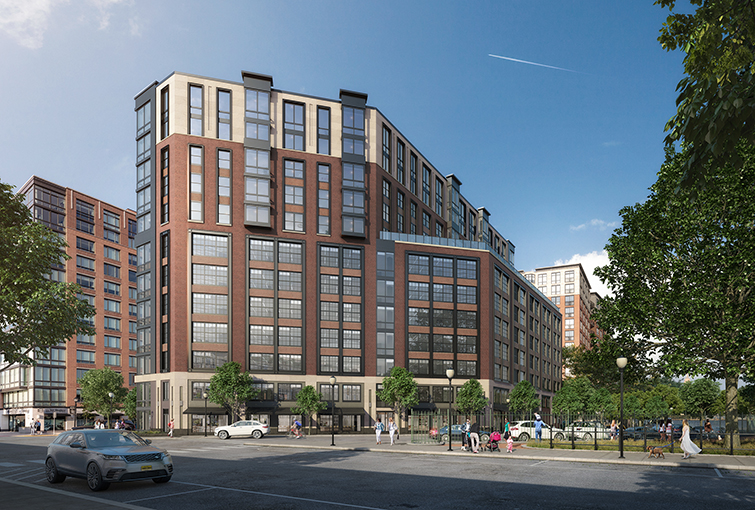 With COVID-19 inspiring a real-life escape from New York over the past several months, densely-packed city residents and companies alike are seeking alternatives closer to the great (and safe) outdoors, in roomier environments which still offer the comforts of the big city.

Many companies are seeking out office space on the outskirts, including Westchester, Connecticut, and New Jersey, as satellite alternatives to their New York City headquarters.

Fortunately for those companies, a trend for suburban office space with urban-quality amenities was already starting pre-COVID, driven by millennials and Gen Z employees.

An article last September on CNBC’s website noted that 2019 was “the fourth year in a row that there has been a noticeable decline in the millennial populations in major cities.” The article stated that data from the U.S. Census Bureau showed that “some 27,000 millennials between the ages of 25 and 39 left big cities like New York, San Francisco, and Houston in 2018 for greener, and less expensive, pastures.”

Now, amidst the coronavirus pandemic, these residential trends are accelerating and driving many city-based offices further from urban cores. Fueled by fear of crowded, non-socially-distanced environments, companies are increasingly offering suburban satellite office alternatives close to the city, but just far enough to avoid the now-worrisome hustle and bustle through close quarters.

Similarly, Peter Bronsnick, president of SJP Properties, told the real estate website Real Estate NJ in May that he has seen an increase in office inquiries in the 30,000- to 50,000-square-foot range, particularly in the Metropark submarket in Middlesex County. Spurred on by the pandemic, he notes that C-suites and human resources departments are increasingly listening to their employees and seeking out alternatives that don’t depend on public transportation. The article mentioned a burgeoning “hub and spoke model” for companies, where “Manhattan remains the epicenter, but outer ring suburbs such as New Jersey play a larger role.”

The trend is apparent in both established and up-and-coming companies. Bloomberg, in the same article, mentioned that Citigroup is considering opening satellite offices outside of Manhattan until the pandemic subsides. The Wall Street Journal, meanwhile, reports that Okta, a $6 billion publicly-traded identity and access management company based in San Francisco, “plans to open small offices in different cities to give their employees access to a workspace without having to travel far.”

One company well positioned for this trend is Toll Brothers, the nation’s leading builder of luxury homes. A publicly-traded Fortune 500 company with properties in 24 states, the company is preparing to unveil The Offices at Maxwell Place in Hoboken, the first spec office building in New Jersey since 2003.

The mixed-use building that’s been under development for the past year, known as 1000 Maxwell Place, features retail stores, luxury condominiums, and a waterfront park, as well as a 110,800-square-foot block of Class A office space.

“The Offices at Maxwell Place is ideally situated with unparalleled accessibility to both Manhattan and the New Jersey suburbs,” said Henry L. Waller, senior vice president of Toll Brothers City Living. “Hoboken is a true transit hub, as it is serviced by NJ Transit trains and buses, PATH, Hudson-Bergen Light Rail and NY Waterway ferry service. We are fortunate to be located directly between the Lincoln and Holland Tunnels with on-site parking. Additionally, The Offices at Maxwell Place is a waterfront location with a ferry terminal just three blocks away providing a rapid commute to either World Trade or Manhattan’s growing Far West Side.”

There are almost 20 restaurants, coffee shops, or bars within five or so blocks of the complex, as well as convenience stores, grocers, and five parks. “Beyond the traditional amenities of a newly constructed office building, our greatest amenity is Hoboken,” said Waller. “The completion of the Washington Street redesign project has made the prime commercial corridor of Hoboken even more attractive and pedestrian-friendly.”

One key driver that differentiates the New Jersey waterfront and suburban office markets is access to a diverse and highly-skilled workforce. Talent recruitment and retention is a top priority and challenge for tenants in normal times, so there is an opportunity to connect the dots between post-COVID tenant/office de-densification and the pre-COVID millennial migration from NYC to less costly, more spacious suburbs.

Given that, an additional advantage of the Hoboken location is proximity to the Stevens Institute of Technology, a research university in Hoboken that serves as a valuable conduit for STEM employees for nearby tech companies.

“The profile of Hoboken’s demographics is truly compelling,” said Waller. “With a population of over 53,000 residents and an average household income of $193,000, a young, well-educated workforce is right outside our doorstep. Each year, graduates from Stevens further feed our community with some of the brightest minds in the science and technology fields.”

“Hoboken continues to be attractive to young professionals,” said Waller, “who are looking for a lower cost but amenity-rich alternative to Manhattan.”

Maxwell Place is a Joint Venture with Pinnacle Downtown.