Jet.com Heads to the South Bronx 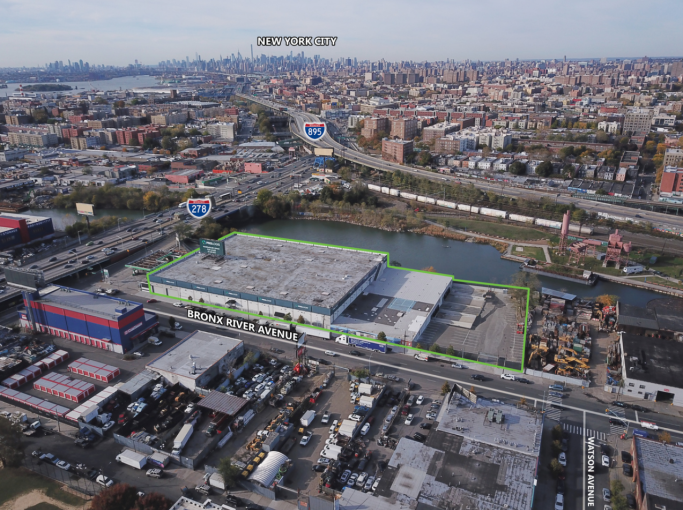 Walmart-owned e-commerce heavyweight Jet.com has leased a huge warehouse along the Bronx River.

Jet inked a deal for Prologis’ new, 200,000-square-foot warehouse at 1055 Bronx River Avenue in the Soundview section of the borough, according to Crain’s New York Business. Asking rent for the space was $22 a square foot, but the length of the lease wasn’t immediately clear.

Amazon had also considered the warehouse for its grocery business, sources told Crain’s, and that “one-upping its rival was an added perk for Jet.”

A Prologis spokesman wouldn’t say if Jet was the tenant but confirmed that the property “has been fully leased it to a large e-commerce company who will use if for last-mile delivery throughout New York City.” Jet’s spokeswoman didn’t immediately respond to a request for comment.

The Hoboken-based online megastore hopes to expand its sales of higher-end New York City food products, like Van Leeuwen ice cream and Roberta’s frozen pizzas, per Crain’s, and it could use the warehouse to distribute those items. The company also recently launched a grocery brand for urban millennials called Uniquely J. Walmart acquired Jet for $3.3 billion in August 2016, in one of the largest-ever acquisitions of an e-commerce company.

CBRE handled the transaction on behalf of Prologis, and JLL represented Jet. Prologis purchased the property last year for $28.3 million from sellers affiliated with ABC Carpet & Home, which had occupied the building for three decades. Spokespeople for CBRE and JLL didn’t respond to requests for comment.