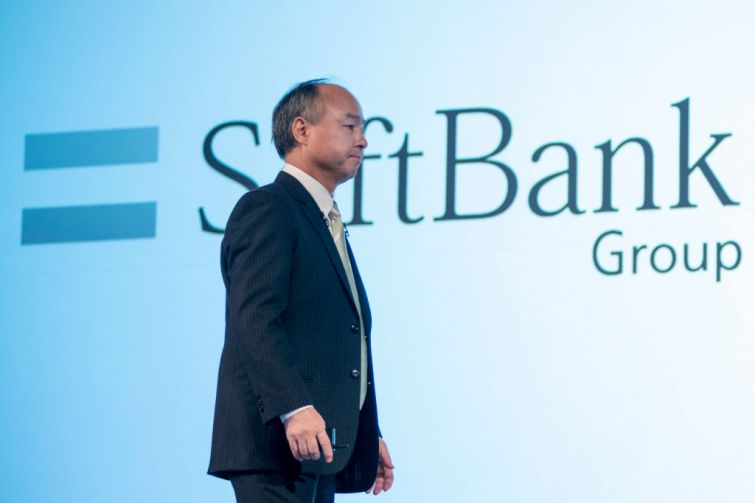 Japanese bank SoftBank Group pulled out of its deal to buy $3 billion worth of shares in WeWork from stockholders — a huge chunk of its multibillion-dollar bailout for the troubled coworking giant — taking away ousted CEO and co-founder Adam Neumann’s nearly $1 billion golden parachute, SoftBank announced last night.

SoftBank said the reason for canceling the deal, known as a tender offer, was because WeWork failed to meet several conditions by April 1, including not getting antitrust approvals or closing joint ventures in Asia. It also blamed several investigations into WeWork that started after its botched initial public offering last summer and impacts from the worldwide coronavirus pandemic.

“The tender offer was an offer to buy shares directly from other major stockholders and its termination has no impact on WeWork’s operations or customers,” Rob Townsend, a senior vice president and chief legal officer at SoftBank, said in a statement. “The tender offer closing was conditioned on the satisfaction of certain closing conditions the parties agreed to in October of last year for SoftBank’s protection. Several of those conditions were not met, leaving SoftBank no choice but to terminate the tender offer.”

SoftBank said the halting of the tender offer will mostly impact Neumann, his family and institution investors like venture capital firm Benchmark. WeWork employees only had 10 percent of the shares that were part of the offer, according to SoftBank. However, a source with knowledge of the offer told Commercial Observer it had $450 million allocated to current and former employees.

A spokesman for WeWork declined to comment, but the Special Committee of the WeWork Board of Directors put out a statement saying it was considering legal action against SoftBank.

Despite ending the tender offer, SoftBank said it has still pumped $5.45 billion into WeWork since October 2019 and a total of $14.25 billion in the company since its inception. Alexander Snyder, an analyst at CenterSquare Investment Management who’s been following WeWork, said pulling the deal is less impactful to WeWork’s day-to-day operations and more helpful for SoftBank’s survival during the coronavirus epidemic.

“That particular withdrawal of capital should not have an effect on the actual operation and viability of WeWork as a company,” Snyder said. “SoftBank as a company is hurting and is trying to find ways to reign in and save cash.”

But, if the tender offer doesn’t happen, SoftBank would be allowed to hold back $1.1 billion in financing to WeWork.

“That’s the part that will sting,” Snyder added.

WeWork has faced a series of blows since it announced plans to go public last summer. Investors were wary of WeWork’s cash-burning model and later reports of Neumann’s erratic behavior, including smuggling marijuana on a private plane to Israel.

In September 2019, Neumann was pushed out of his position from investors and the next month SoftBank provided a multibillion-dollar bailout and takeover of WeWork.

Since then, SoftBank tapped legendary real estate figure Sandeep Mathrani — pivotal in getting mall owner GGP out of one of the biggest real estate bankruptcies in history — and the company has begun selling off some of its acquisitions to focus on its shared-office model. WeWork has also laid off thousands of employees.

Aside from its business troubles, WeWork is reportedly facing an investigation from the United State Securities and Exchange Commission on whether it violated financial rules in the runup to the IPO and another one from the New York State Attorney General’s office to see if Neumann enriched himself through self-dealing while helming the company, as Bloomberg and Reuters reported.

However, as the coronavirus epidemic forced many office employees to work from home to help stop the spread of disease, WeWork’s troubles increased.

WeWork — which leases spaces in office buildings then offer flexible terms for companies — has tried to offer tenants half-off of rent if they sign longer-term deals during the pandemic and has been reaching out to landlords across the world to turn leases into partnership agreements and cut as much as 30 percent from its nearly $47 billion in rent liabilities, Bloomberg reported.

The coworking company has also come under fire for keeping the majority of its locations open and charging members fees even as it had confirmed cases of coronavirus in some of its buildings.

“They are putting all the members’ lives at risk while trying to keep their employees safe at home just to continue to profit off many small business owners,” a WeWork member for more than two years previously told Commercial Observer.

WeWork is not the only flexible office company struggling during the coronavirus pandemic. Flex meeting, event and office operator Convene laid off nearly 150 employees earlier this month with plans to furlough additional workers. Competitor Knotel cut half of its 400 global employees last week.

SoftBank has also faced troubles because of the global pandemic and announced a plan this week to sell off $41 billion worth of assets to survive, Fortune reported.